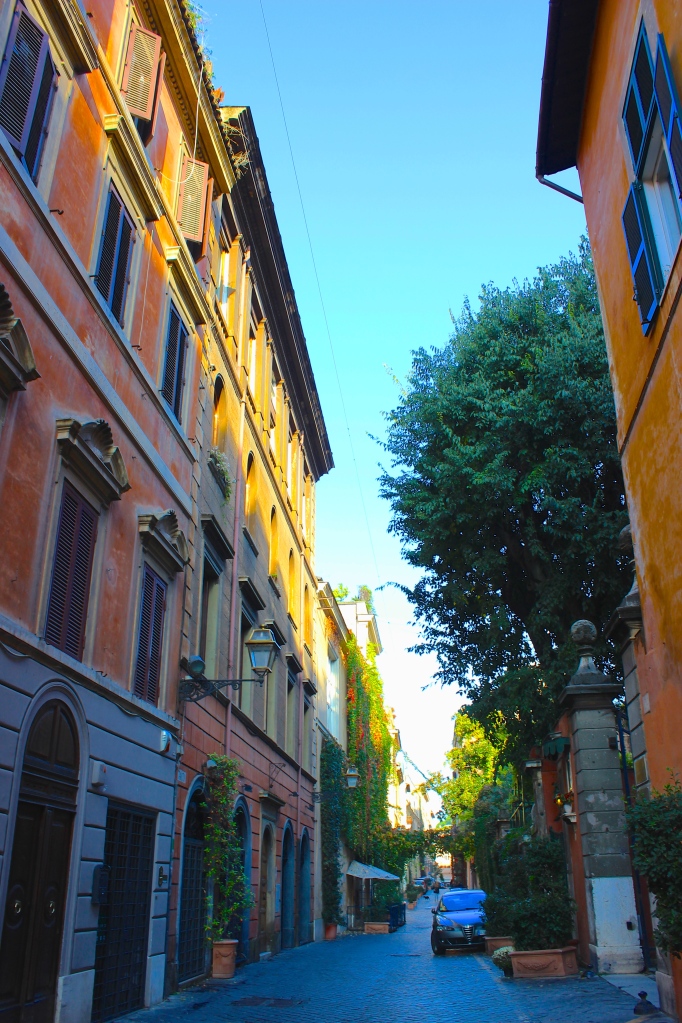 Early morning on Via Margutta

I like to think that M. Somerset Maugham would have written about Rome in a similar way to his portrayal of Andalusia in The Skeptical Romancer. Many of his reflections on Seville could easily be attributed to the streets of Rome, to the vibrant colors that enliven the senses, to the Roman people who care not for rushing and rapidity, but who live their days in tune to the chaotic heartbeat of the city.

“To the very backbone he was an optimist, finding existence evidently so delightful that it did not even need rose-coloured spectacles.” -M. Somerset Maugham

One need only to wander the maze-like cobble stoned streets and look up and around in order to appreciate Rome’s outdoor museum quality. The warm, mediterranean colored buildings are medicine for the weary, the bored, and the jaded. The terra-cotta pots perched at the very edge of sixth floor rooftops and terraces are displays of ‘come no?’ Vine-covered homes and hotels, intricate arched doorways and painted shutters- shutters everywhere. Narrow, winding lanes lined with scooters and caffe tables, Romans in full designer garb, wardrobes stylishly speaking out loud with reds and blues and greens. Roma is a technicolor city filled with gregarious people driven by technicolor emotions; a physical place that cannot help its own power and affectation. 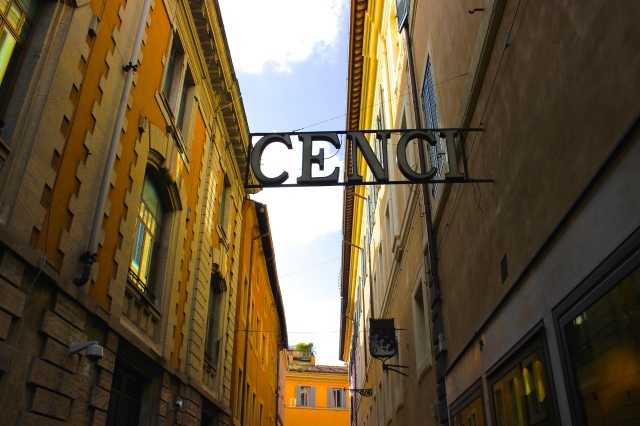 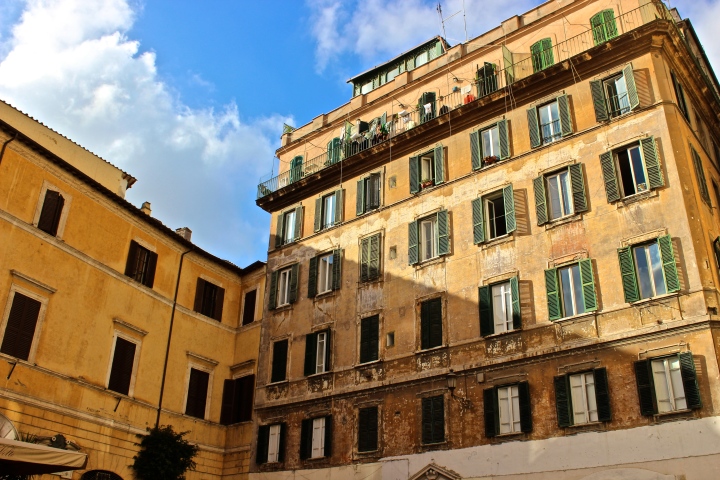 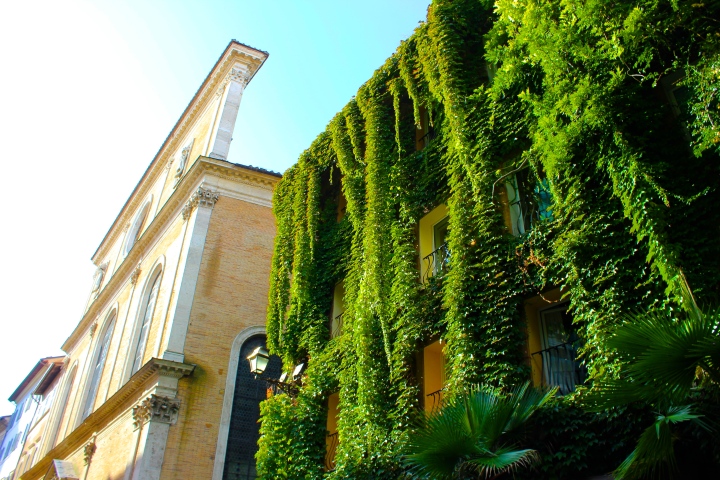 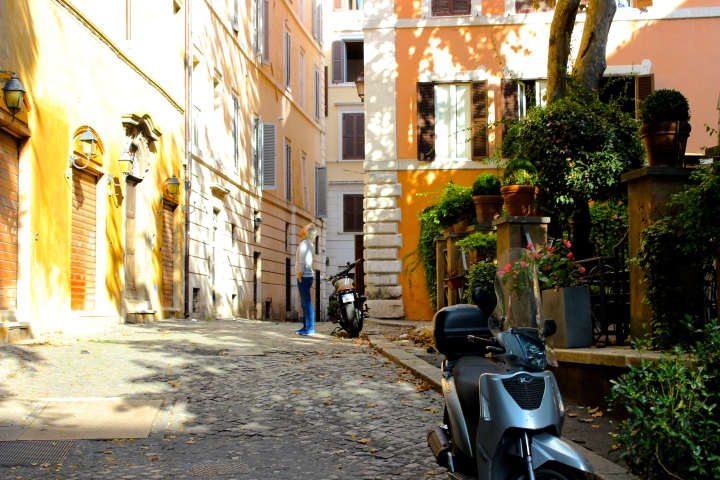 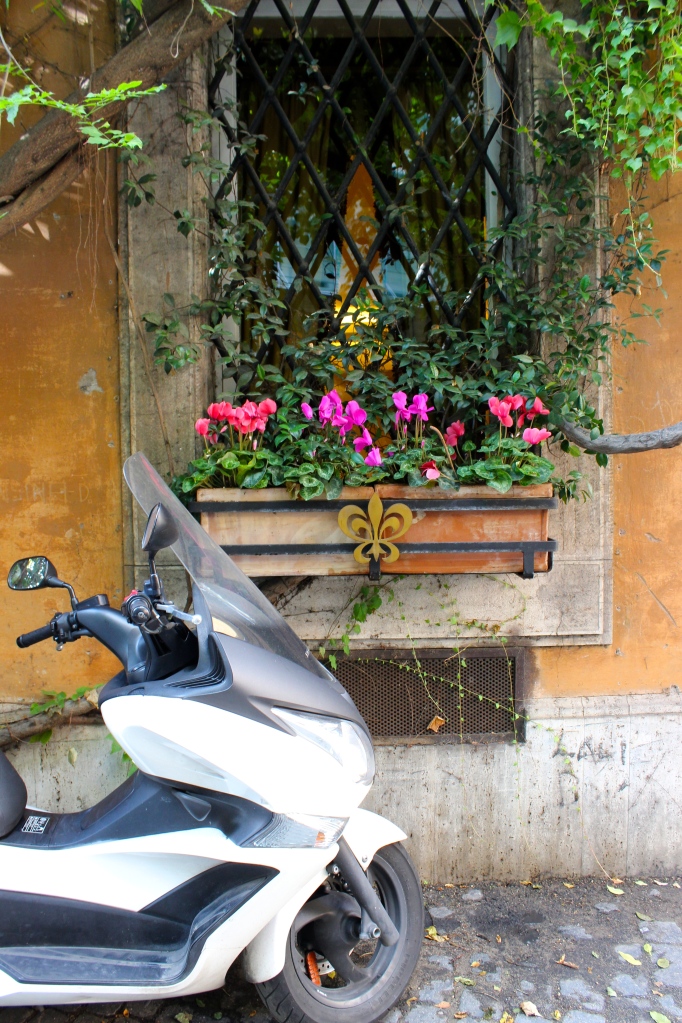 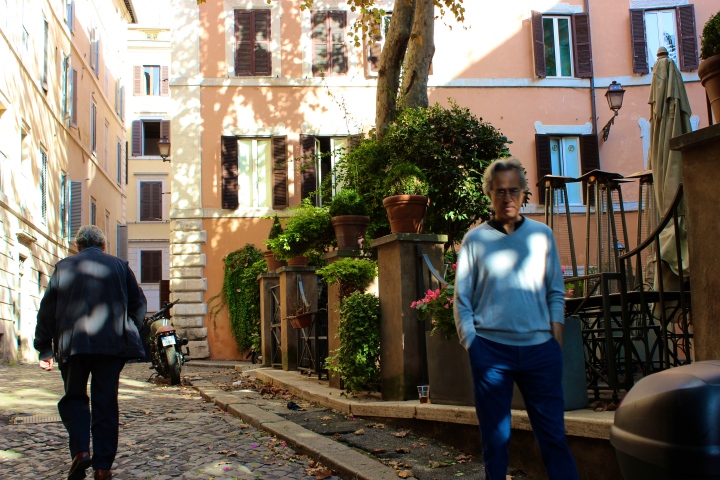 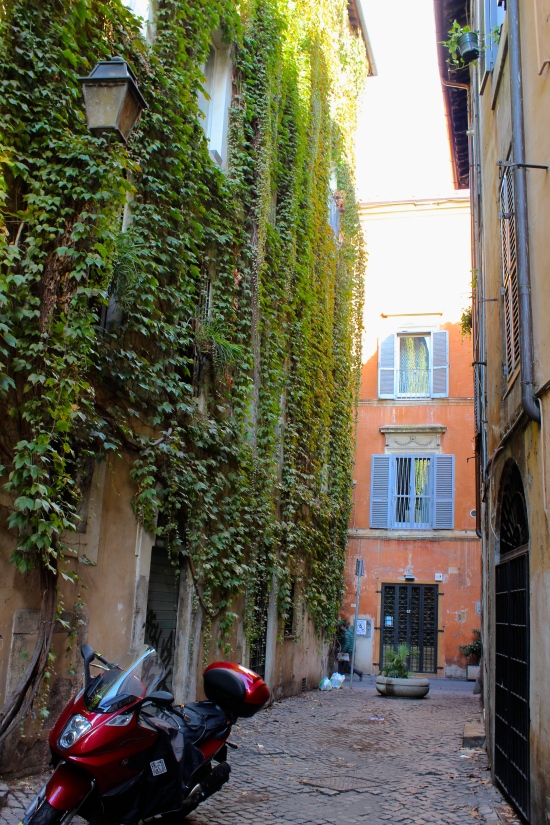 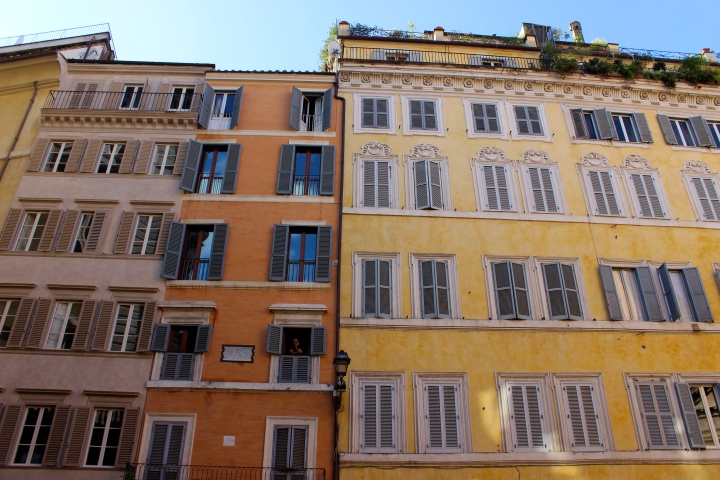 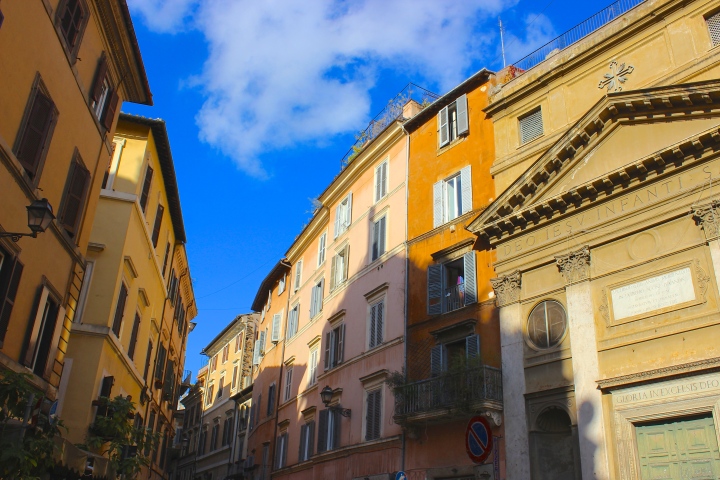 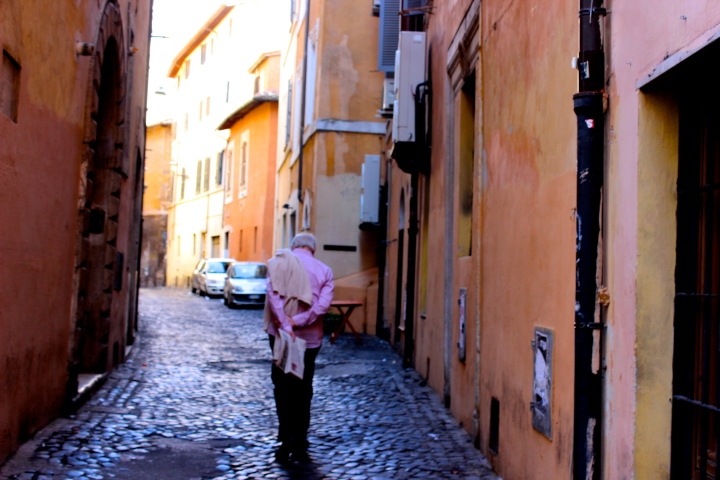 This solitary man was out for a slow stroll early Sunday morning. 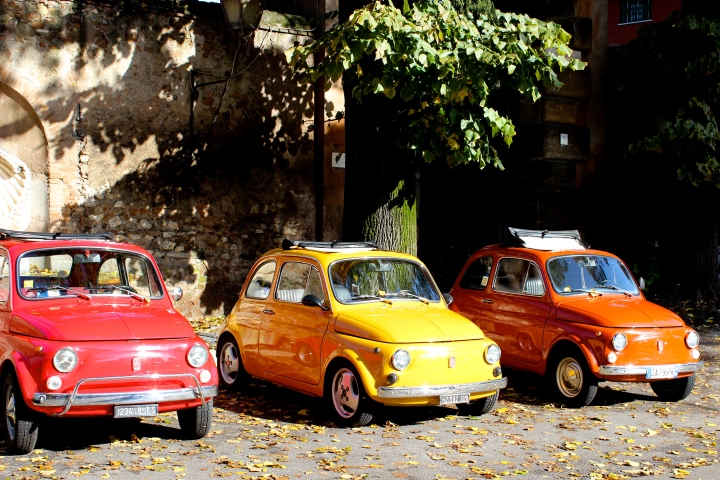 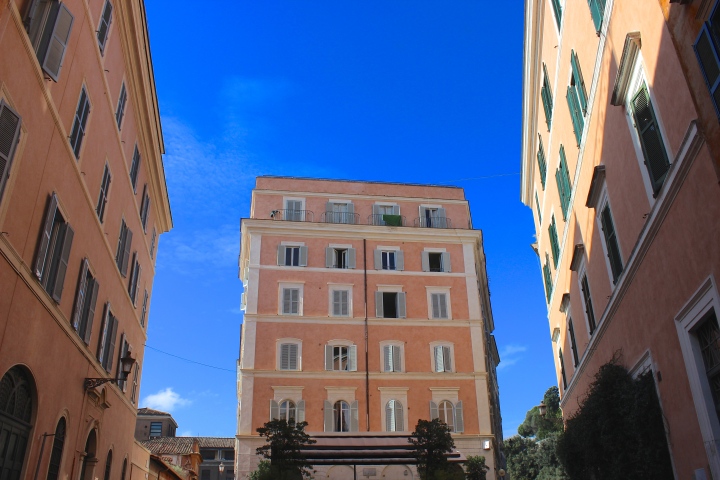 A peachy neighborhood near the Mercato Campagna Amica 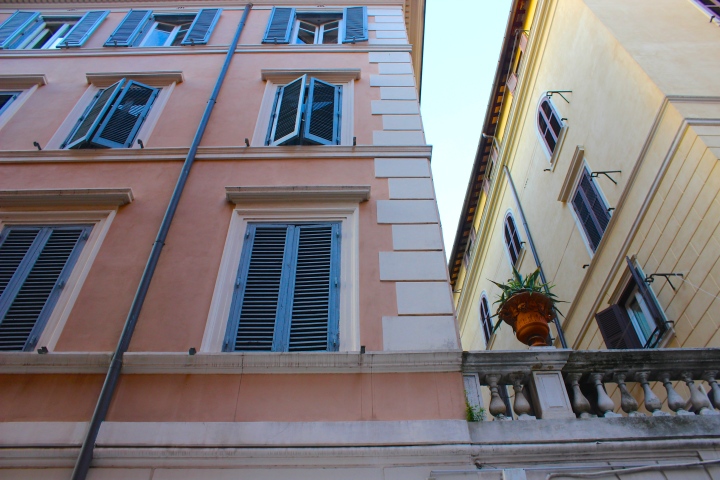 Precarious pots on balconies in the tridente. 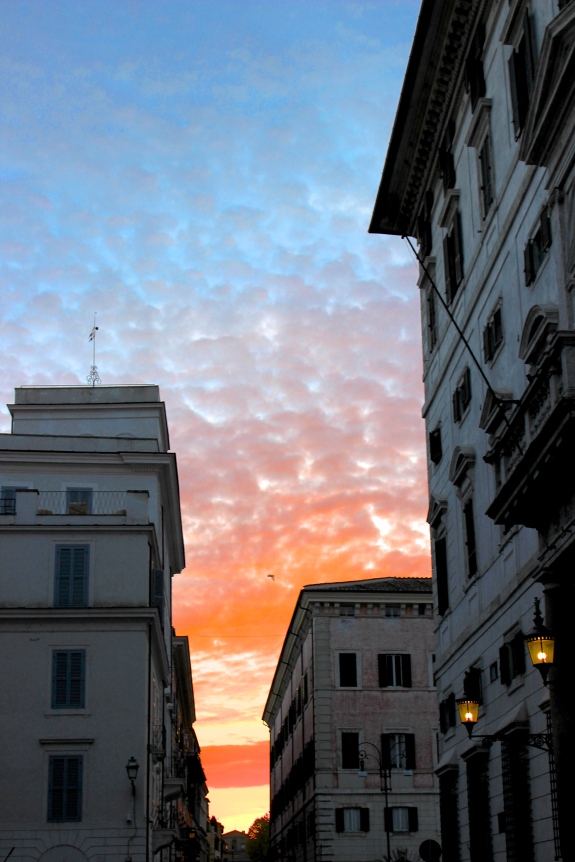 Autumn sunsets in the tridente. 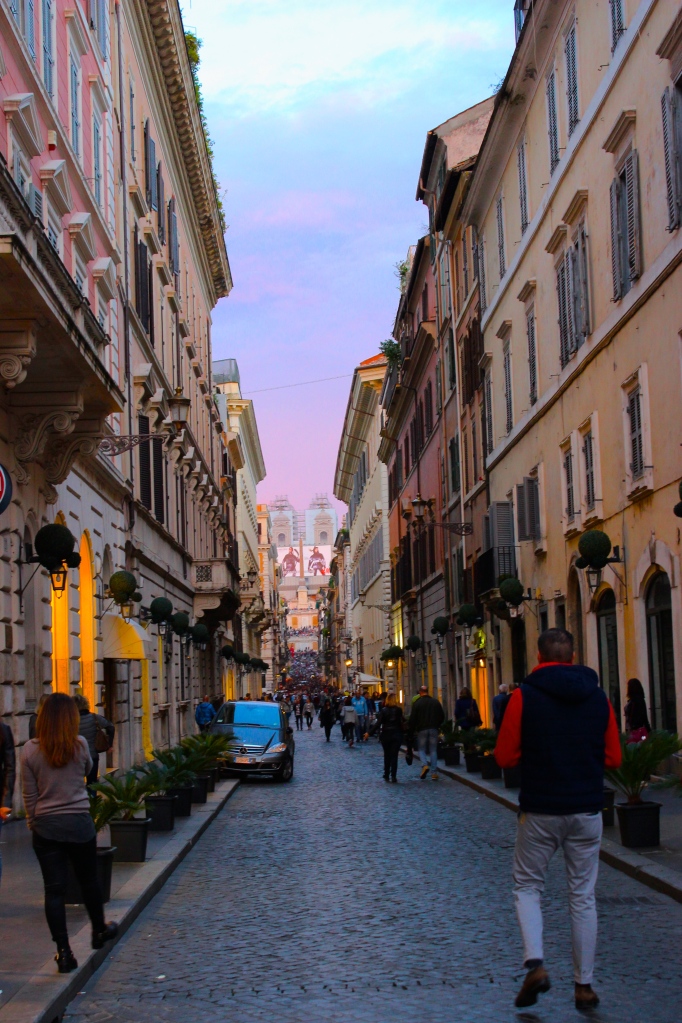 November sunset on Via Condotti. 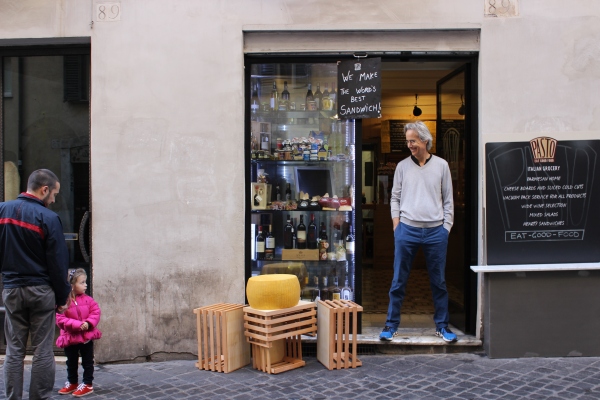 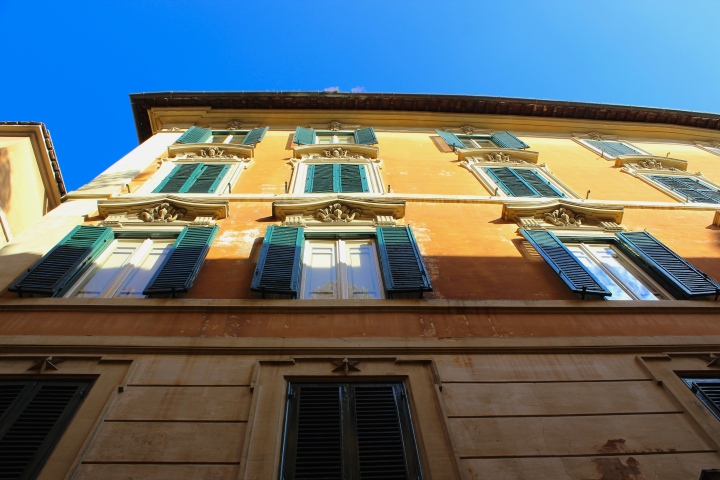 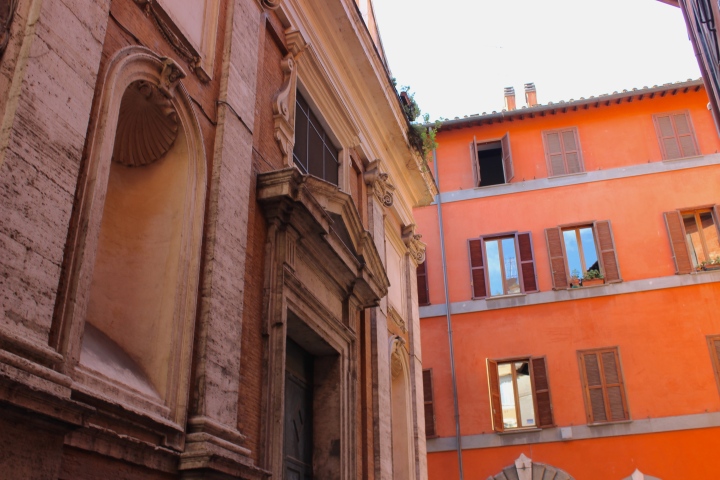 Burnt orange and bits of history. 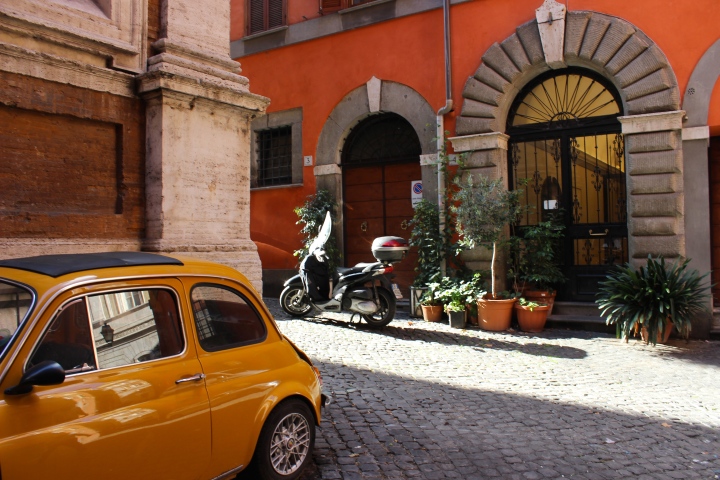 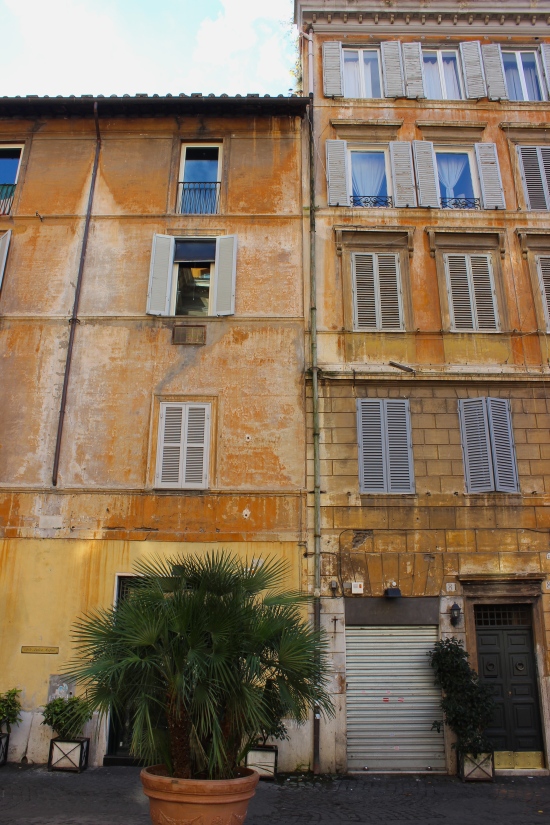 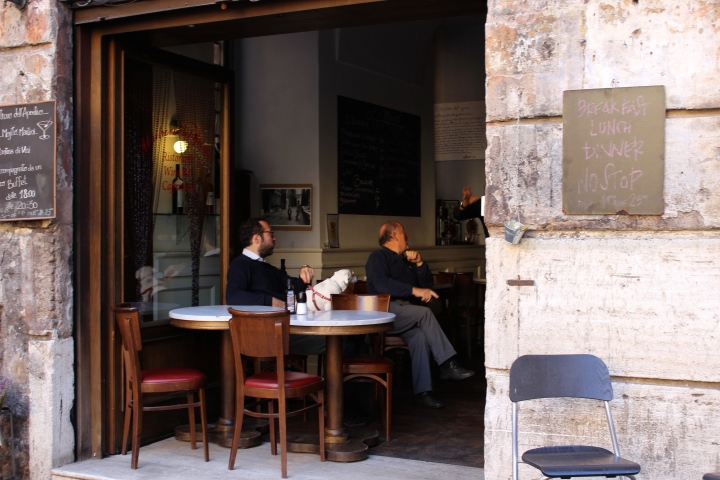