Montefioralle: On a Hill Beyond Time

We arrived just in time for the high noon sun, but walking between the ancient stone buildings, with their brown wooden shutters and beautiful doors, their quaint balcony baskets and front stoop terra-cotta pots, we were enveloped in cool shade and cinematic shadows. On this narrow lane, we encountered Montefioralle ‘locals’ exiting their homes, nodding hello and offering a smile and a ‘buongiorno,’ sweeping their front step, or perhaps arriving back home with a loaf of morning bread and a handful of uve passe. We could very well have been in Montefioralle circa 1914, rather than a beautiful November day in 2014, and only when a man clad in biker’s spandex returned to his wooden door with a cycle, carrying it into his home in this rustic, fortified village, was I shaken from my time vortex.

Within the protection of the walls, there is nothing specific to do, per se, save for languishing the emotions of the peaceful lanes, the gently sloping stone, wrapping one’s brain around the fact that people actually live here, in these original ancient houses, in what is often voted as one of the most beautiful villages in Italy. It is one of the most in-tact, romantic little hamlets in Chianti, and it has wonderful views on all sides. The entire village can be traversed in ten minutes, ending with a moment’s contemplation on benches overlooking the hills of Greve in Chianti.

Behind the ancient village, olive groves, fig trees, rolling vineyards, and a picturesque cooking school line the road on the way to Villa Bordoni. The road leading up to the town is surely steep, but it is absolutely worth the white knuckles. The Italians refer to it as ‘adventurous,’ although it is normale to them. Continue on to Villa Bordoni, one of the most elegant, charming small hotels in the area, or circle back down to Greve in Chianti, where a long, leisurely lunch in the square at Antica Macelleria Falorni or La Terrazza (formerly called Nerbone), is patiently waiting.  (1.5km from Greve in Chianti.)

Surrounded by stone on three sides, the noontime sun guides us through the rustic, fortified village.

Shades of Autunno in Montefioralle. 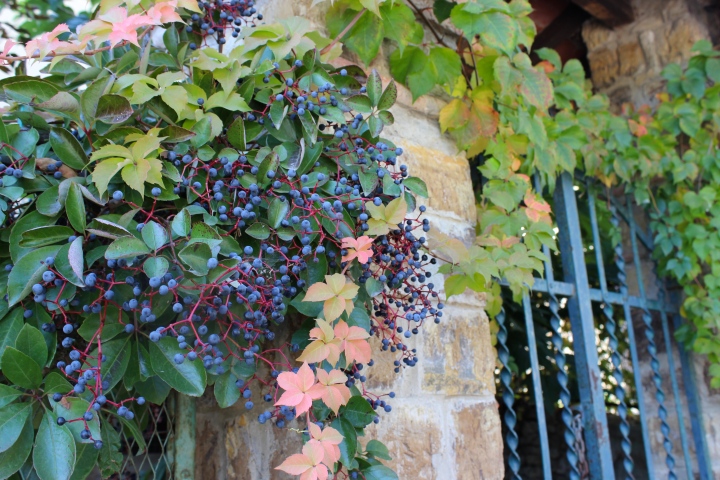 Vineyards behind the stone village.

Suggestions of life in Montefioralle: a bicycle and someone’s kitten. 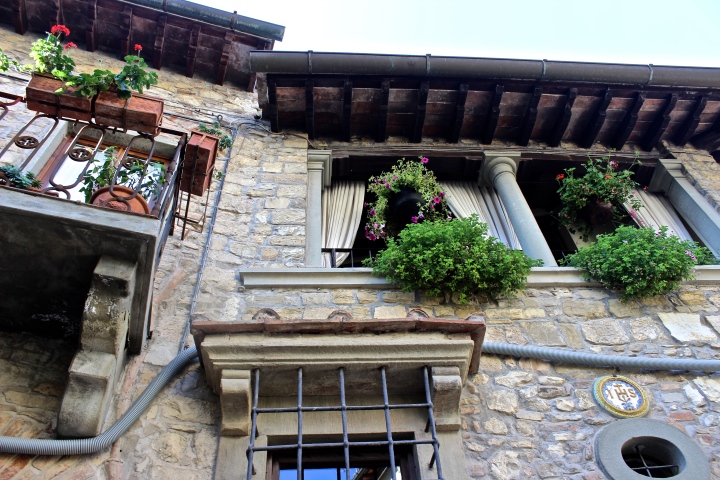 A taste of Verona in Montefioralle. 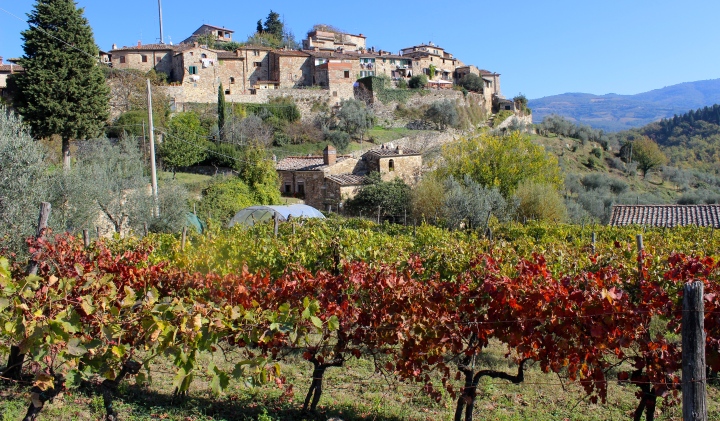 The village as seen from the vineyard.

The ancient homes inside the fortified village are original. I imagine it must have been difficult to arrange for modern plumbing and electricity. 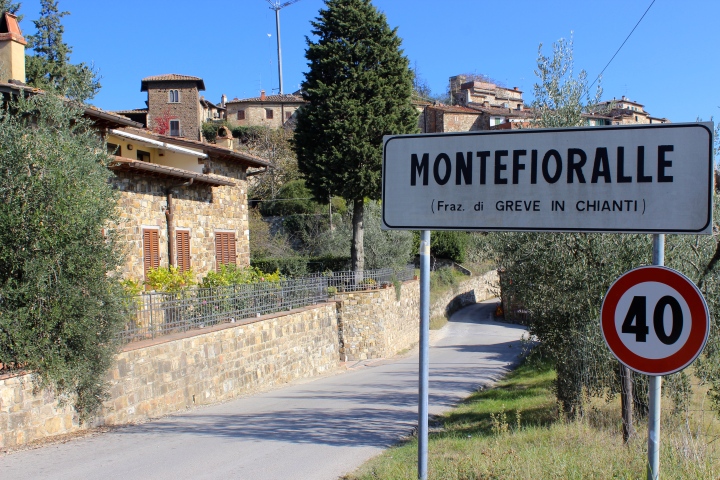 Cooking lessons at pastoalpesto overlooking rolling vineyards under the shadow of the fortified village. 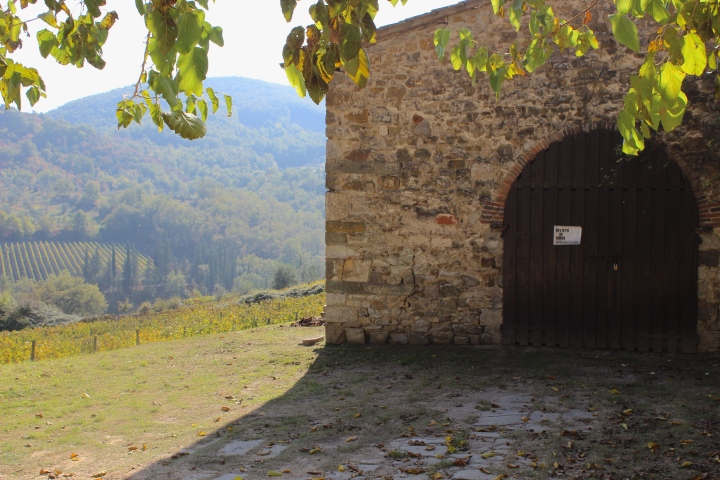 An ancient stone building in the afternoon light.