Rome in Winter: a Renaissance Villa for all seasons 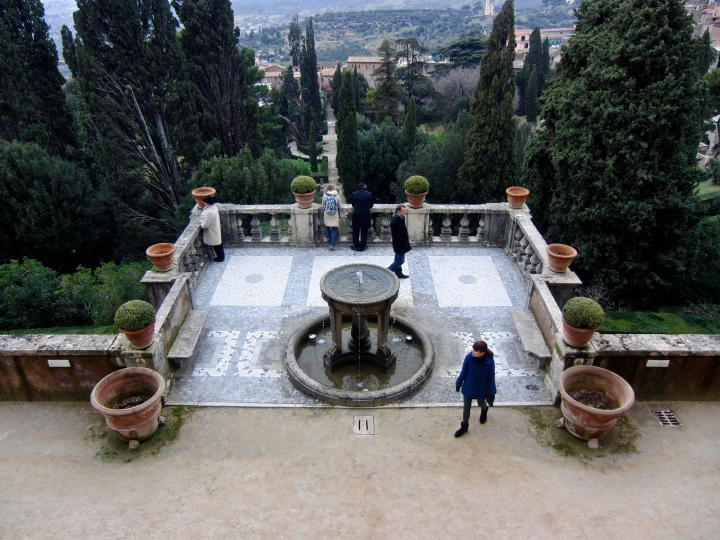 Winter happens. As much as we would like to pretend that the world maintains our favorite destinations just as we remembered them; captured in a time-stand-still moment of color, warmth, and ebullience, paper covers rock (or snow covers cobble stone, however you’d like to interpret.) I may stand alone on this one, but I feel slightly cheated when I think that barren trees and cold fingers exist on the Roman calendar. Let’s add this one to the to-do list, Signore Renzi.

Fortunately, winter in the Lazio region remains endearingly beautiful, and it is in these months that we can cherish quiet moments at otherwise crowded places. Take Villa d’Este, per esempio, a UNESCO world heritage sight just 45 minutes from Rome. Its Italian Renaissance garden may not be lustrous and blooming as it is in spring and summer, but you will be able to hear the water gushing from the fountains. Position yourself on the villa’s balcony overlooking the gardens and you may see nary a tourist on the terraced giardini below. You might as well be Lucrezia Borgia’s son, Cardinal Ippolito II d’Este, who commissioned the palatial setting in 1550. We thought Tom Hanks and Shelley Long had it rough. Now imagine purchasing a home that takes nearly 25 years to complete, for that is how long the estate was under construction, including the terraced gardens that required a rather large water supply to run its cascades, pools, and fountains. Todays ambitious graduates dream of engineering jobs at Apple and Facebook, but in the 16th century, hydraulic engineers under the helm of Pirro Ligorio, who oversaw the property’s design and construction, was one of the highest accomplishments.

The gardens romance me with their symmetry. The Cardinal requested one central axis that leads straight to the center of the villa. Cross-axes of rows of hedges and straight paths lined with 500 jet fountains make wandering the terraced gardens dreamy and fairytale like, even in winter. Indeed the Cardinal aimed to create a fabled allure, with statues of ancient Greek mythical creatures in abundance. I adore the path along Le Cento Fontane, the hundred fountains, for its more humble design and its therapeutic power that requires me to focus and slow down all at once. Others lose themselves in the Fontana dell’Ovato, the Oval Fountain which cascades into a pool set against a nymphaeum.

Certainly it is worth a visit in the greener months, but a winter afternoon strolling the terraced gardens, imagining the Cardinal at your side, feels as time-stand-still as one can ask for. Just don’t throw any coins in the fountains. How bourgeois, Lucrezia might say. 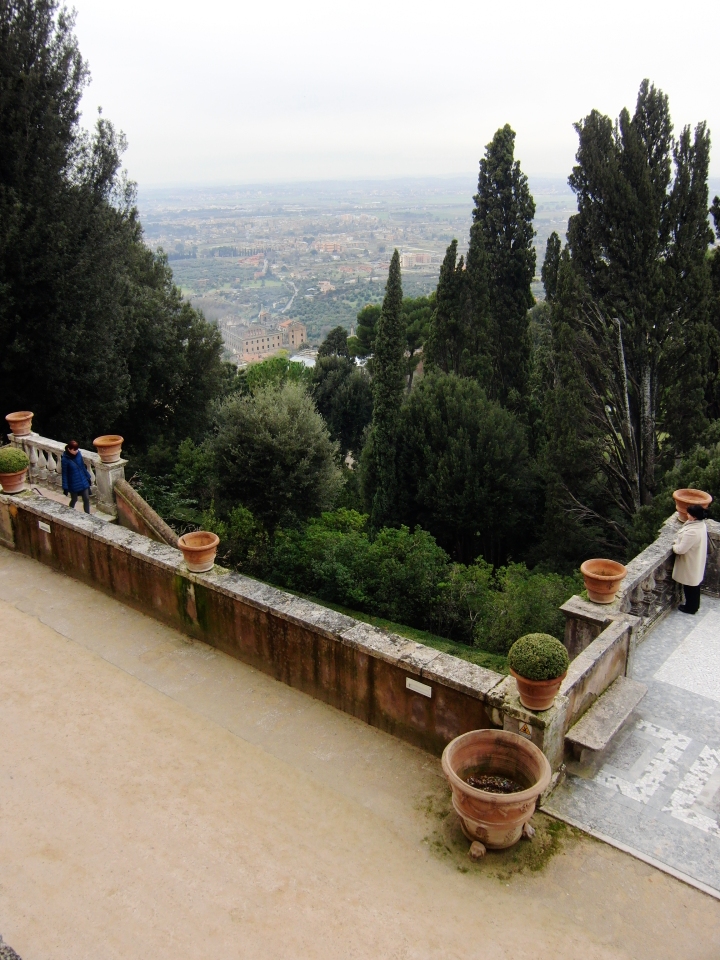 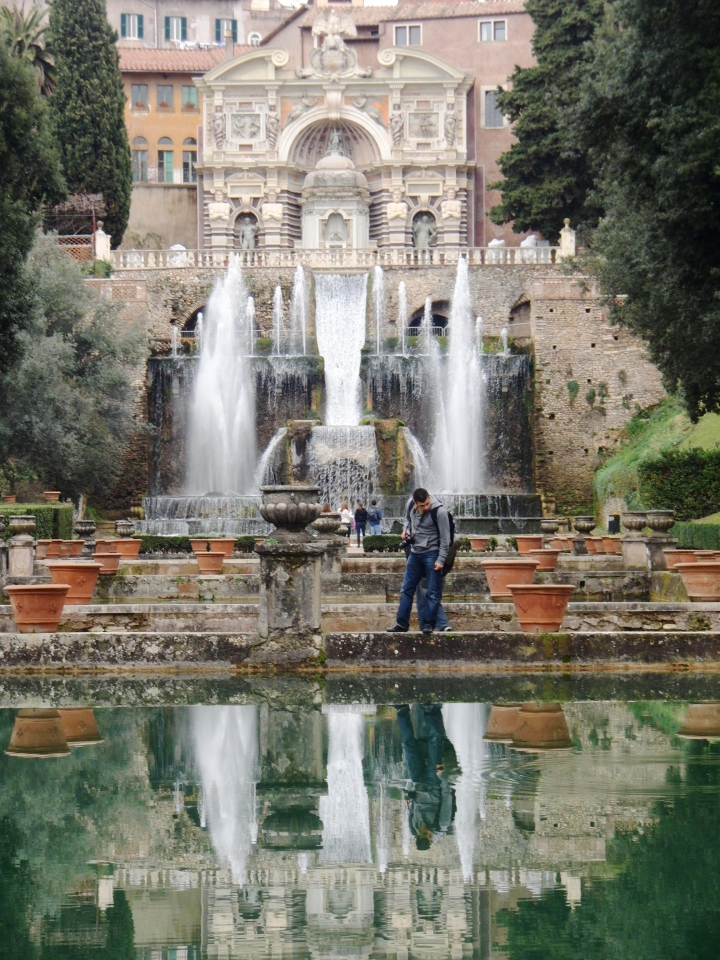 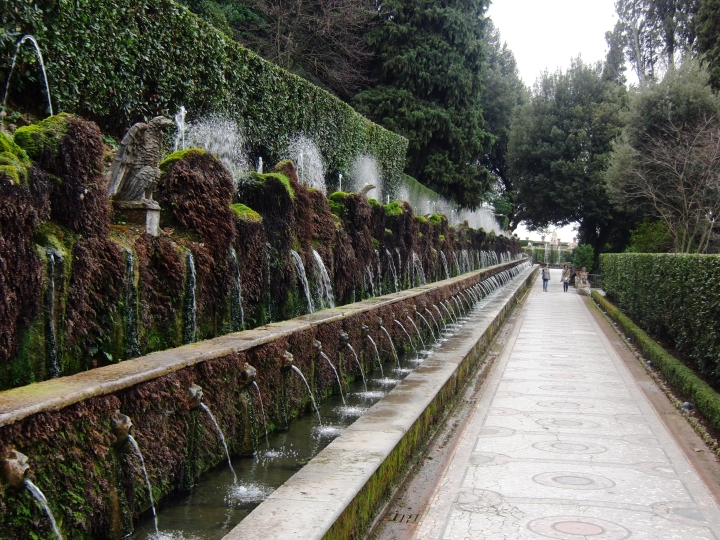 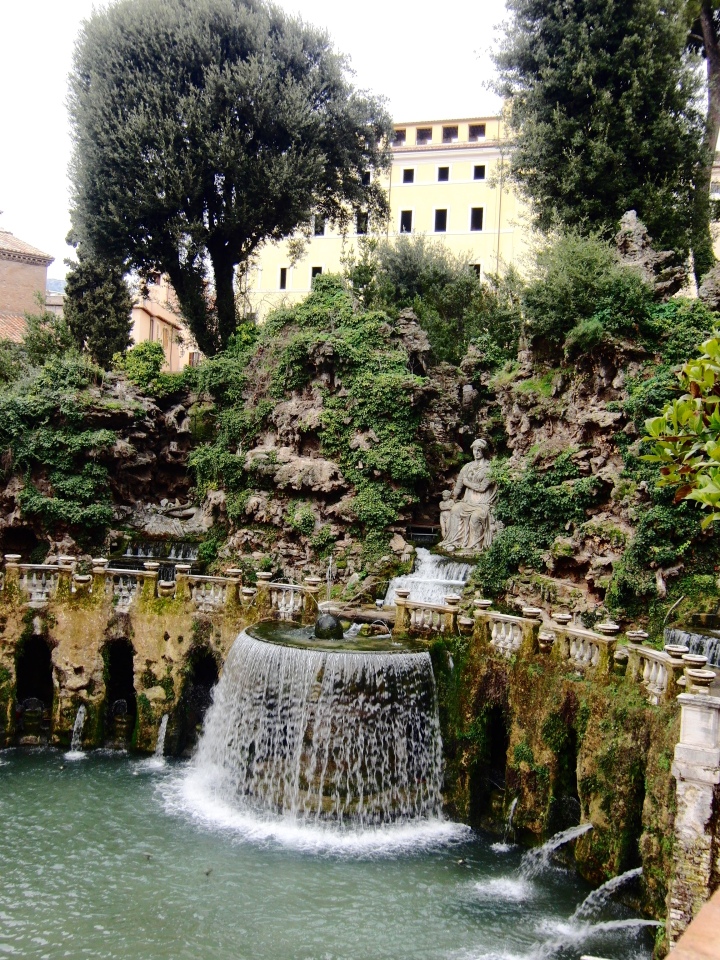 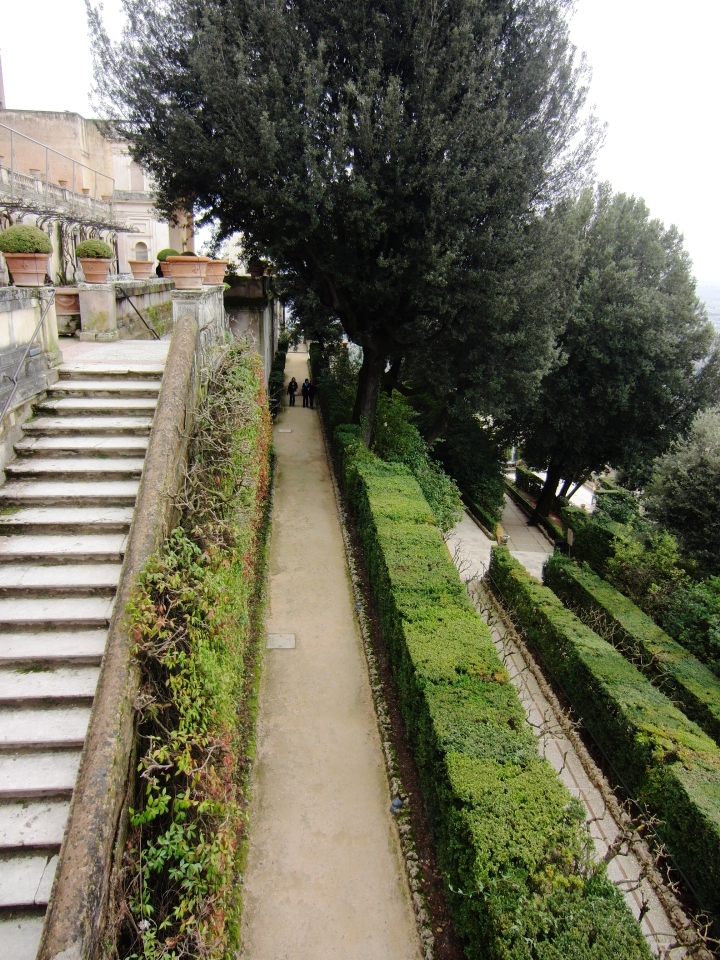 Down to the garden path… 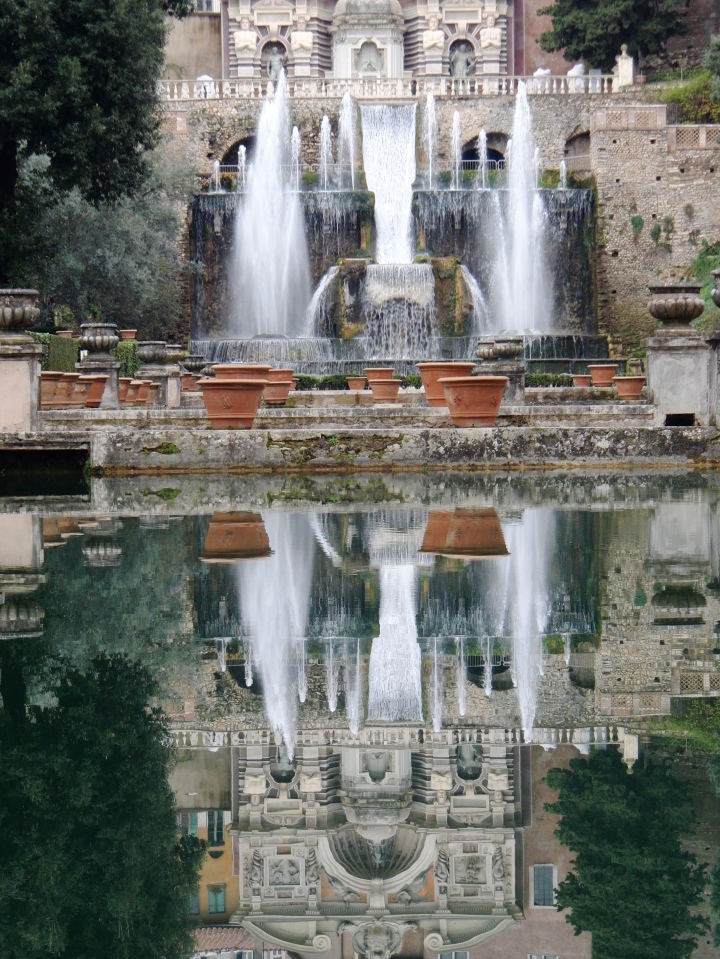 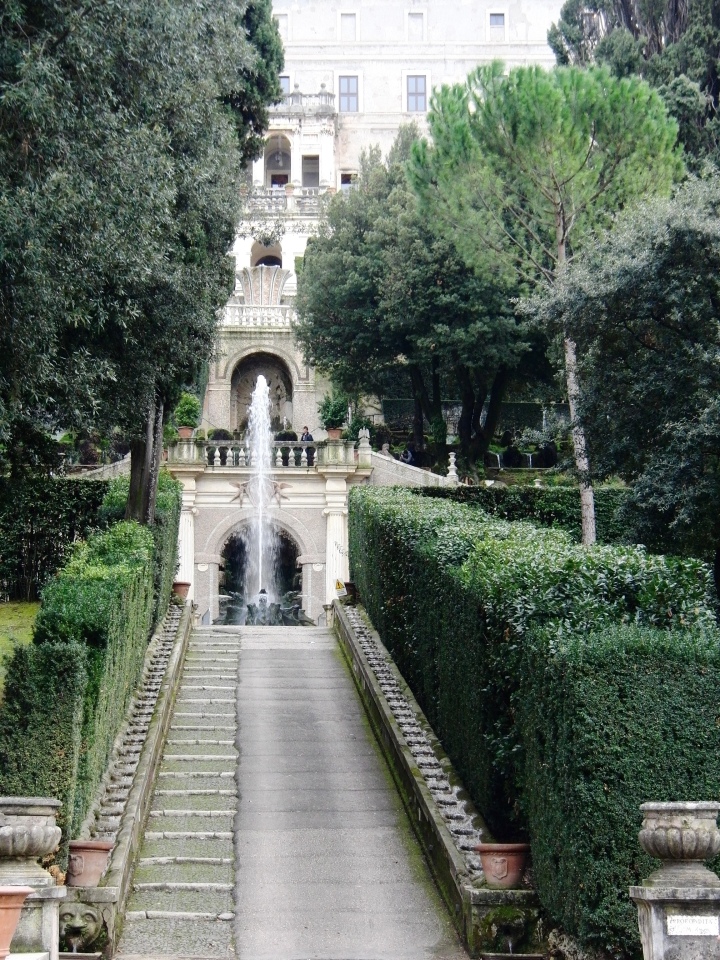