Where the Florentines Go, pt 1

We can all attest to this: you are exploring a new city by foot, walking along a street laden with shops and restaurants and a certain number of people out and about, when slowly, the street becomes a little bit quieter. There seem to be fewer stores back to back, and the people surrounding you on the sidewalk have thinned out. ‘I’m not sure there’s anything else down here. Let’s turn around.’ If only you had more time, more patience, more energy… whatever it is you need to keep going in the direction of the ‘local.’

I am just as guilty of the ‘turn-around.’ Almost two years ago, I stayed at the Four Seasons Florence on the far end of Borgo Pinti, what some travelers claim to be a ‘far from the center’ address. With only a few days to spare, we remained very linear on this side of town; that is to say, we stuck to Borgo Pinti every time we stepped out of the hotel, the most direct way towards the ‘center.’ When we walked the two blocks to Piazza d’Azeglio, we said those exact words. “Hmm. I’m not sure there’s anything here. Let’s turn around.”

Oh how wrong we were. And oh how funny life can be. For the past few months, Piazza d’Azeglio has been my stomping ground. To stumble out of bed onto this handsome and idyllic patch of green is like stepping into another era when smart phones did not exist and we still thought of the outdoors as our most valued venue for fun and interaction. How lucky I felt to cross this piazza each morning, to admire the stately palazzi facing the square, to listen to the birds, to say hello to the Fiorentini walking their dogs, and to watch four generations of families ride their bikes, play on the turf, read their books, or rest their heads on a patch of grass underneath a blooming tree. This piazza made me embarrassed to walk with phone in hand. This piazza made me want to walk slowly and perhaps sit on a bench for a few minutes, with no purpose except to appreciate this incredibly civilized neighborhood.

An exquisite palazzo on Piazza d’Azeglio

So, let’s say you do walk another block from Piazza d’Azeglio. What’s there? A whole neighborhood, that’s what. More than one, in fact. This is where Florentines live, this is where, in that divine morning hour before the city has fully awoken, the sun streams through the narrow lanes as if being slowly pushed in from the ancient city gates. I watch the bicyclists stream in from Piazza Beccaria, the sun guiding them down the cobble stones. Have you walked to Piazza Beccaria yet? You should. One of the best bakeries can be found here, Dolci & Dolcezze. Some of the cyclists stop at Mercato Sant’Ambrogio on their way to work, the Florentine’s favorite market, with local farmers set up at convivial outdoor stands. Not a morning goes by that I do not stop to buy a few things at this market, except on Sundays when it is closed. The energy, the colors, the smells, and the excitement for the first of the seasons’ fave wakes me up immediately.

Caffè Cibrèo opens at 9am and not one minute sooner. Among the many adjustments I’ve made since arriving in Italy (see above: ungluing face from phone), I have learned to wait patiently for my first caffe macchiato. Early birds can file into La Loggia on the pedestrianized Via Pietrapiana, but a macchiato at Cibrèo is an irreplaceable part of my day. From behind the small, wooden counter, space enough for three or four patrons, Isidoro’s unmistakable ‘Buongiorno’, friendly chit chat, and unfailing sense of humor (there’s at least one scherzo for every ten espresso), is like a neighborhood lifeline. Here we all are, all of us who overlap in this caffe at one point of the day or another, saying hello and goodbye and showing love to Giulietta the poodle, striking up conversation about all things, from politics and family to more superficial matters like how to break off a date without sacrificing la bella figura. Here, in this effortlessly charming cafe is an unbreakable sense of community and a prime showcase of quotidian Florentine life.

From the Sant’Amborgio church, which contains numerous frescoes and whose steps are the neighborhood’s meeting place, resting point, and prime people-watching platform, mosey down Via Pietrapiana towards Piazza de Ciompi, home to noteworthy antique shops, a fantastic bakery (Il Forno dei Ciompi), and a dozen or so other artists of various generations. The piazza was home to the flea market until a few years ago when the city decided to renovate, thus leaving the space semi under construction and looking just a little bit sad. We are all hopeful that it will be restored by year’s end. In the meanwhile, new eateries have popped up on its surrounds, such as a ‘vegan’ cafe and an airy pizzeria called La Divina that tantalizes any passerby with the scent of perfectly baked crust.

Morning light outside of Cibreo 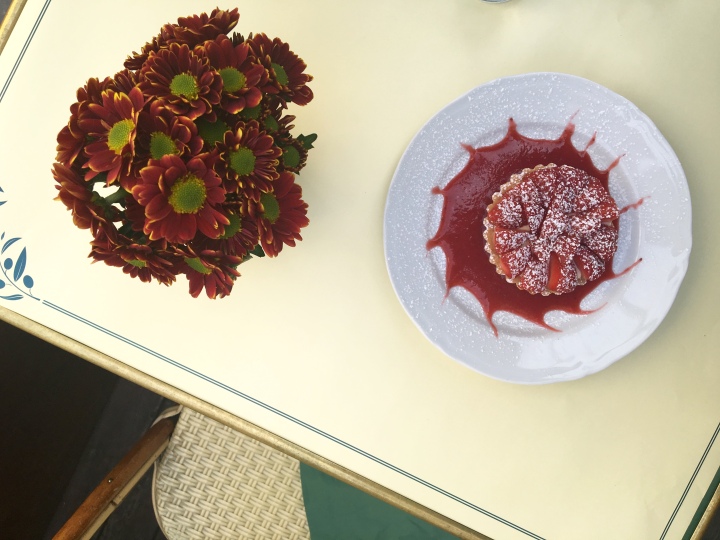 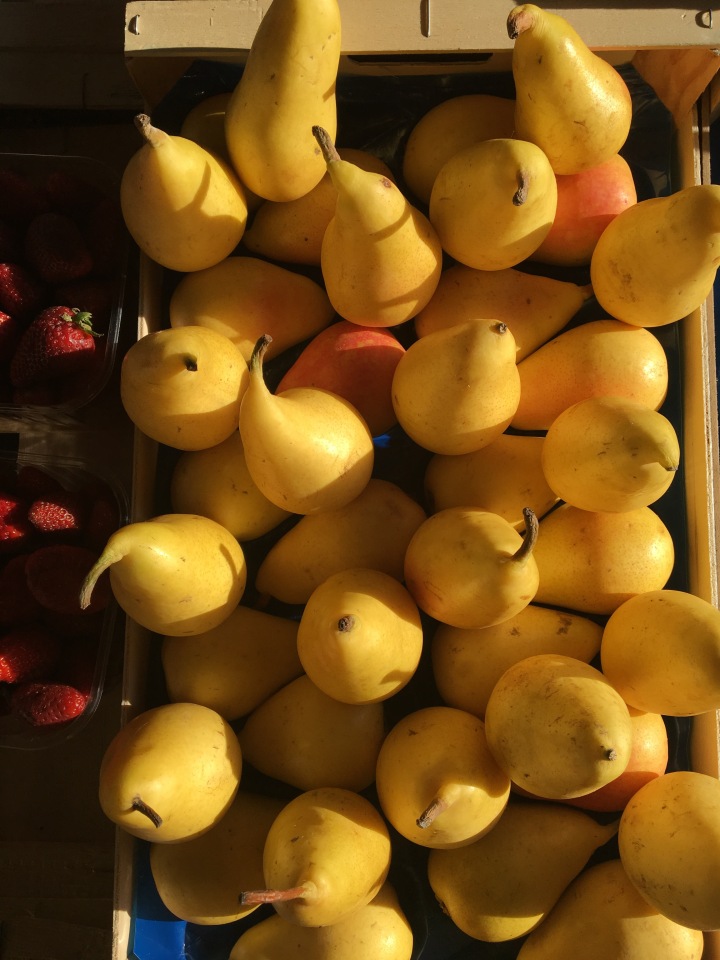 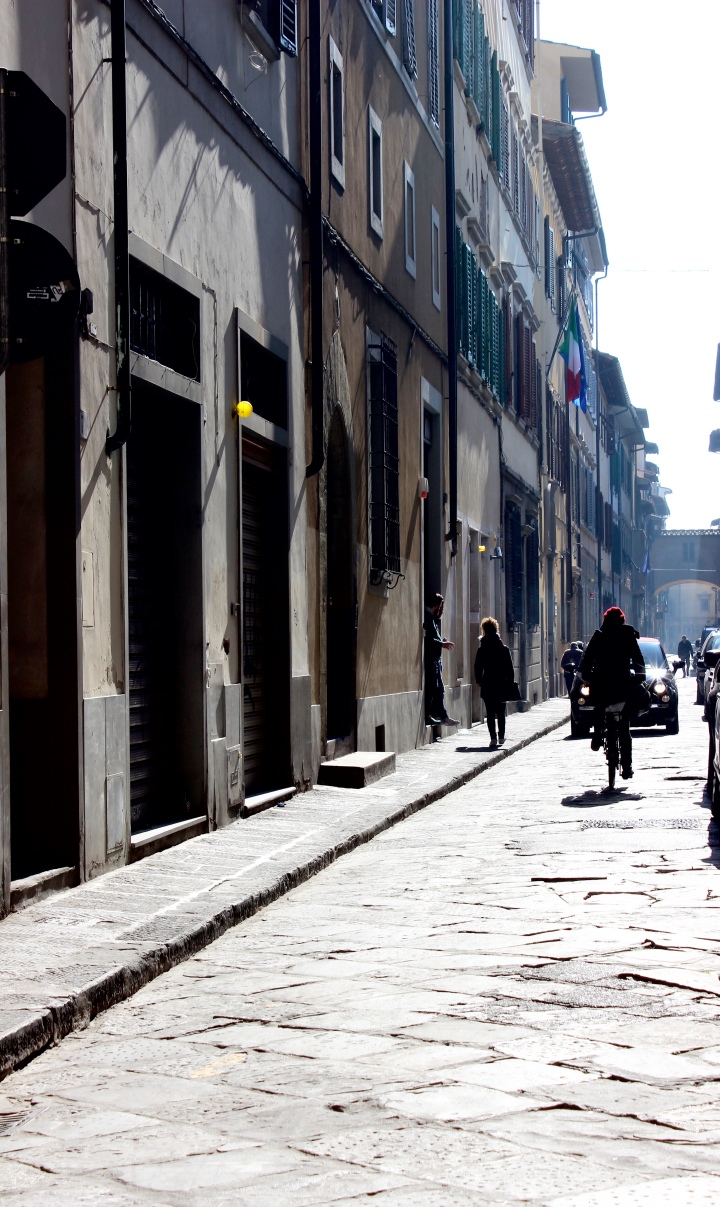 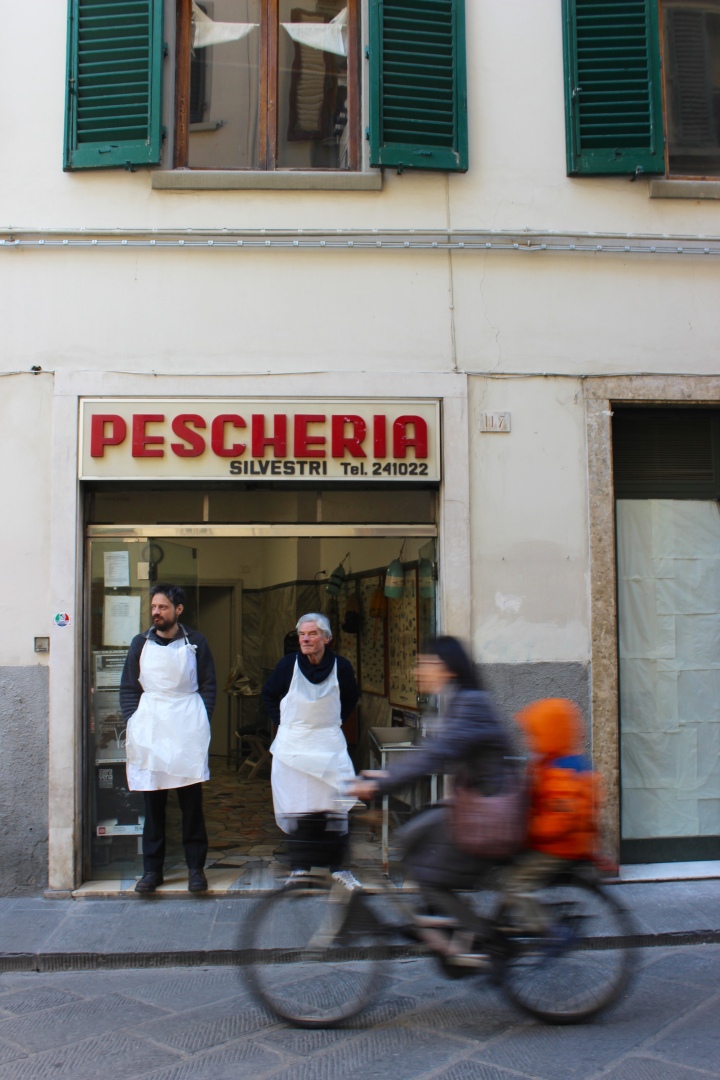 Once a month, an antique market is held at Sant’Ambrogio 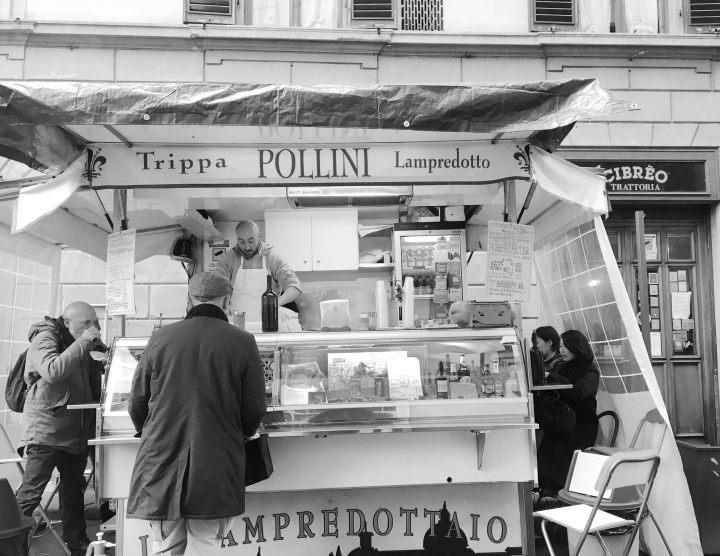 A true local favorite. Order your lampredotto and take a seat at the makeshift bar. 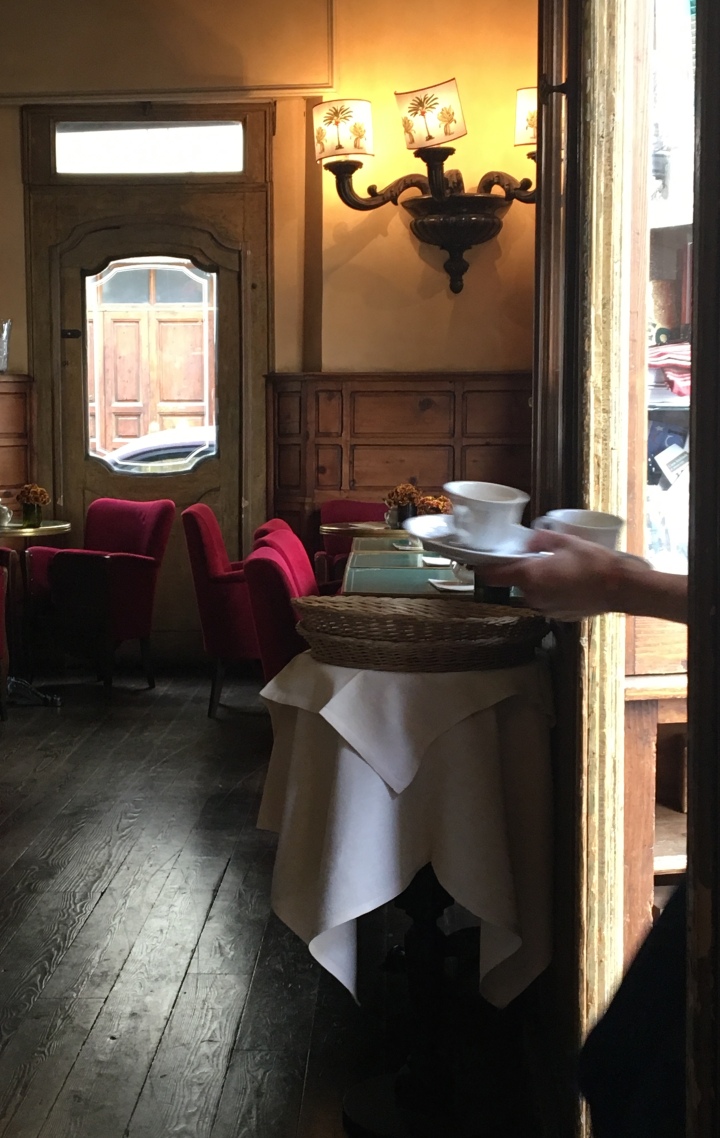