A narrow cobblestoned street, shadowed by rusty-colored, ancient palazzos, off of Via Del Governo Vecchio

Americans live to work. Romans work to live. This is how the Roman people will describe the difference between their country’s culture and ours. The southern Italians are passionate, emotional creatures. They want to enjoy themselves, and they make it a priority, even if that means infinite bus strikes or closing their store or restaurant to go home for lunch or rest. The world can wait. This may be one reason why southern Italy is not prospering financially, but one has to wonder if, in terms of work-life balance and priorities, the Romans are onto something.

Priorities according to Romans: Family, Food, Friends (usually all relatives), the Pope, and Work. Now let’s venture a guess at the priorities of the average New Yorker: Work/Job status, Earning power/Income, and then everything else in a mad jumble, as most things in our lives are just that: a mad jumble. To get things done, to make/order dinner, to see/email family, to exercise, to diet… We somehow squeeze it all in, constantly stressed, constantly adding to those mental lists. Romans do not race down the sidewalks with eyes glued to their iPhone as New Yorkers do. They do not close out the world to all except their iPad as New Yorkers often do. They remain engaged in what is going on around them, and they do not feel the need to be connected to every possible outlet 24/7.

Romans are experts at appreciating the moment. Priests take a breather at a sanctuary high above the city.

An interesting tidbit I learned abroad is that Romans hardly ever dine out. This struck me as odd, considering that the majority of locals work in the restaurant business. Italians eat light dinners, often late, and they prefer to eat at home. The average New Yorker eats out- well- I don’t know how often but it must be quite a high number, and we stateside people are constantly relying on take-out. There is no such thing as ‘to go’ in Rome, and it took me months to track down the translation for this non-existent phenomenon. “La porta via” is as close as I got, and this literally means ‘the street carry.” Which brings me to another non-occuring phenomonen: eating whilst walking. There is no such thing as multi-tasking in Rome, and this is especially true when it comes to food. Romans regard our habit as rude and curious; why do we not sit down to eat? Meal times are sacred to the Italian people, and sitting down at the table with family, friends, or co-workers is an accepted part of the day. They make time for their meals, they make the meal a priority.

Romans are especially put off by the kind of food we are wolfing down on our way to work or the gym or what have you. Clif bars, trail mix, snack packs, green juices… these quick eats, mostly unnatural and/or packaged, are not real food according to Italians and simply do not exist in Rome. Chances are you will never witness a Roman walking and eating, although I did once catch a man biting into a whole loaf of bread as he left the Trionfale market. ‘Lunch places’ also do not exist in Rome. Day after day I searched for a decent salad that I could take to go, something both healthy and substantial, but salads are a question mark to the Romans, and they’re version of a quick lunch is a panini. Bread, bread, and more bread… there are few alternatives unless you have time to sit down at a restaurant. 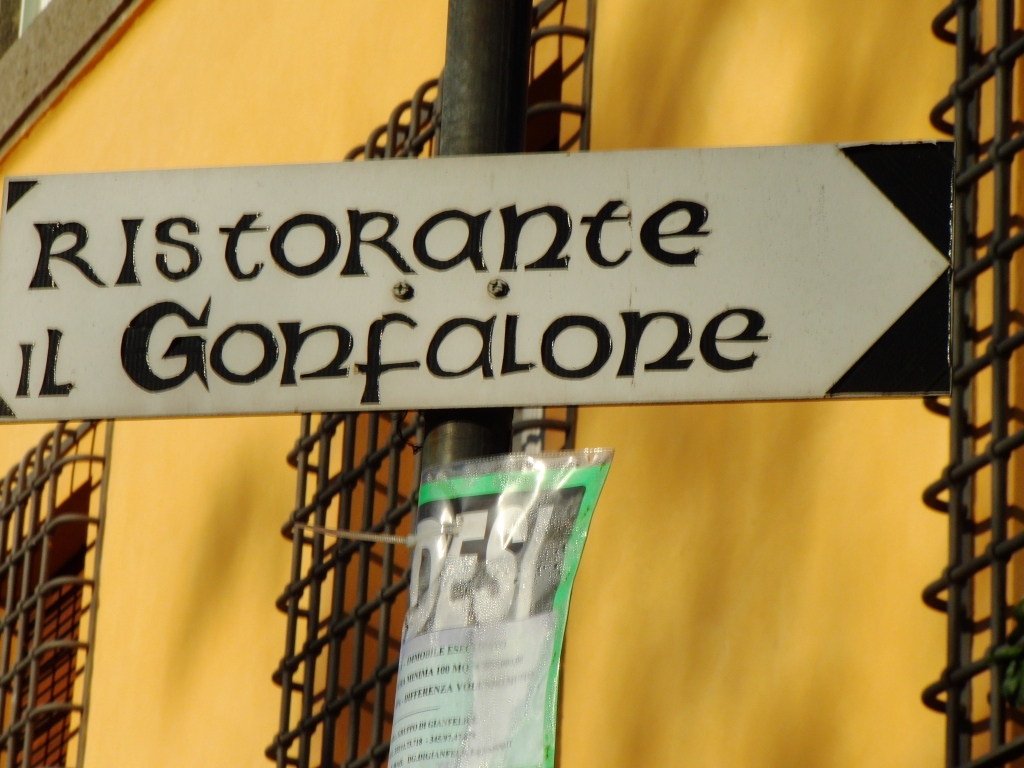 Off of Via del Governo Vecchio, a local favorite is found in a cobblestone alleyway.

A few casual cafe’s are popping up here and there in the local areas of the centro, where one can find farro, tuna, beet medleys, and other fresh vegetable choices. I stumbled upon a few while meandering down the winding cobblestone streets behind Piazza Navona. While Navona is a tourist hub at any time of day (and filled with drunken students at night), these shaded streets feel like an unbelievable secret, despite the many travel articles written about them. Via del Governo Vecchio was my go-to starting point, and I wandered onto each and every adjoining street where the buildings date back to the 16th and 17th centuries, standing tall over the cobblestones, casting shadows over the width of the street. Noise is at a minimum as the buildings block any ambulance sirens, mo-pad engines, or car horns, so as not to disrupt the wanderer’s serenity. Once in a while, a man will escape from one of these palazzos, emerging from the large, thick, ancient doors, rimming the sides of the building with a dog who lifts its leg to the cobblestone. Dogs are few and far between in Rome, as are children, and I didn’t realize how scarce either of these demographics are until I spotted one every so often.

As you are walking in and out of alleyways and come to more spacious openings, such as Piazza del Popolo or Borghese, look up. The sky is unfathomably blue. I always wondered if this was because of the warm-colored buildings, all of the yellow, salmon, and orange that not only add to the city’s beauty, luminosity, and cheerfulness, but reflect the sun and create a . Blue against yellows and oranges is certainly a more stunning contrast than the brick and white clapboard we are accustomed to in the states.

A stone’s throw from Piazza del Popolo, along one of the three streets that jut out perpendicularly from this city center, I stepped out of the flitted effervescence into one of the most romantic, charming restaurants I had stumbled upon in the entirety of my search. La Buca di Ripetta on Via Ripetta is a dimly lit, warmly decorated classic in the ancient city. Reservazioni are a must at this small locale, where chic Romans pack in for lunch on weekends and for elegant dinners in the evenings. Tourist footwear, i.e. sneakers, are not welcome here (I speak from experience). In fact, this is one of the few restaurants I came across with which the waiters were sharply dressed in classic white uniforms, suggesting an elegant hospitality that appears to be dwindling of late. Presentation is perfection- almost too refined and beautiful to eat, but eat you will, and Il Mio Dio, will it be phenomenal. Portions are fairly sized, as most Italian restaurant meals are, and the menu is a myriad of southern Italian specialties, only more elegantly prepared than usual. The desserts are particularly divine. If I could have dined on the entirety of the menu I would have, if only so that I could write about it here. Sadly, I capped my choice at the spaghetti con vongole verci al profumo di mare (spaghetti with veracious clams), and my friend selected trancio di spada all livornese con olive di gaeta e pachino (swordfish livornese style with olives and tomato pachino), both of which were everything we were hoping for in such a beautiful restaurant. We exercised patience for the Tortino caldo al cioccolato fondente con crema chantilly, mela essiccata e menta fresca (Little hot chocolate cake) which took 25 minutes to prepare and was worth every last second.