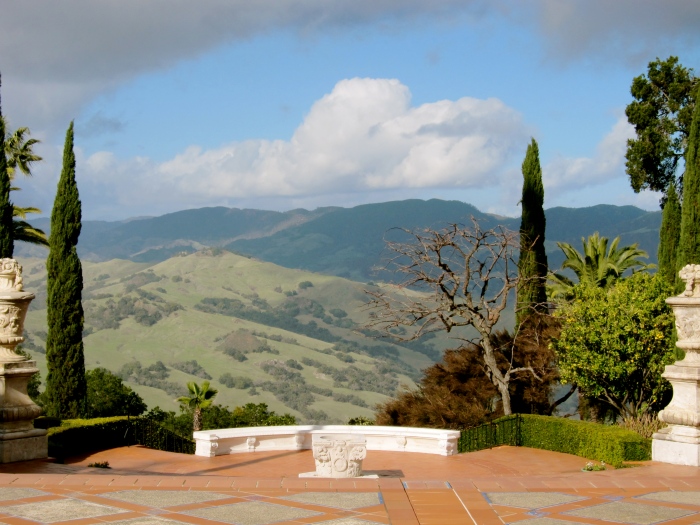 A captivating vista at Hearst Castle. Like a painting.

It is hard to believe that this majestic site was once someone’s personal home, but walking across one of the many terraces overlooking one hundred and twenty-seven acres of central California land, I can almost, just almost, envision Charlie Chaplin, Joan Crawford, and Cary Grant disembarking from their private helicopter, playing gin rummy in the late afternoon sun, and getting dressed to the nines in private cottages before eventful multi-course dinners in the grand dining room.

Hearst Castle was no ordinary commission for architect Julia Morgan, exemplified by the number of years it took to complete the project (28) and the number of times the Neptune Pool had to be rebuilt (3). Newspaper magnate William Randolph Hearst was hardly able to enjoy his long anticipated masterpiece before his death in 1951, and in 1957 the Hearst Corporation donated the entire property to California. Now vacationers can make a day trip out of it, and one day is hardly enough to see the lot of it. This is certainly a property to be revisited time and time again, for with each visit one is not only touring perhaps the most grand estate in the world, but one is being encapsulated in one of the most dreamy time periods in history: an era of glamour and grandeur experienced by the most elite Hollywood stars and the most upper-echelon politicos. 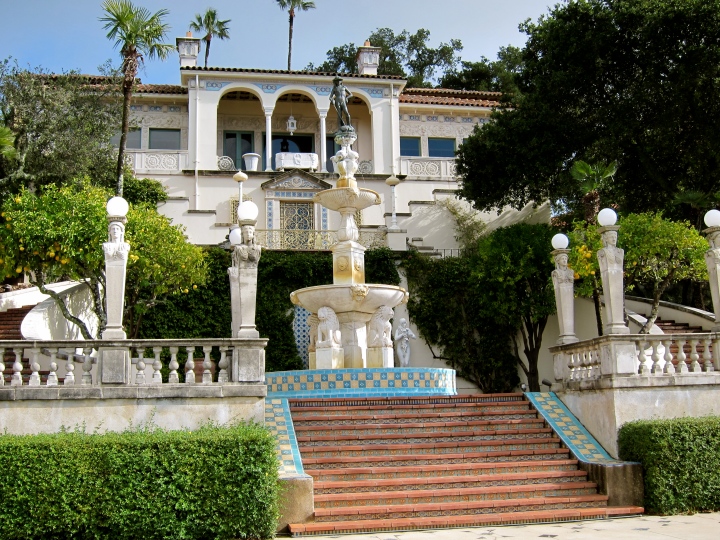 The Neptune Pool, so grand it has often been used for movie sets. Hearst purchased the ancient Roman facade abroad and had it imported to California.

Guests in the cottages didn’t have to lift a finger; even attire was made available to them.

San Simeon is quite a trip from both San Francisco and Santa Barbara, so visiting Hearst Castle would be ideal for those touring California’s coastline. My sister and I made a morning of it on our way from Santa Barbara to Carmel. We stopped to say hello to the sea otters after descending the high hill on which the mansion sits.

Sea otters near San Simeon, gabbing away on the beach before they tuck into the sea for the night.