Monet’s Gardens, For When You’re Feeling Blue (or yellow)

“Apart from painting and gardening, I’m good for nothing!” Claude Monet

Whatever Monet’s precarious financial position, he skimped not on his horticultural passion. Whenever he could afford to do so, he spent a great deal of his income on adding and tending to his gardens. In the first year alone, he had an abundance of poppies, mallows, dahlias, gladioli, chrysanthemums, white and yellow marguerites, cobaea, scarlet and Japanese lilies, and my favorite, due to its utter, undeniable cheerfulness, sunflowers.

Although the bounty of colors in Monet’s incomparable garden extends across the rainbow and beyond, yellow and blue were clearly favored in the house’s interior. In the yellow dining room, Alice received family, friends, dealers, collectors, and artists from all over the world, including visitors from Tokyo. Monet and his wife formed close bonds with many prominent Japanese people in Paris, and the painter made his visitors feel all the more welcome amongst the Japanese-inspired decor found throughout his country home. The blue kitchen, with faience tiles from Rouen made using rare cobalt blue, exuded warmth and freshness. At the time, the kitchen remained a place for the cook and her maids, not for the family and their guests. Food, however, played a large part in the family’s everyday lives, and gourmet meals lovingly cooked by the chef with ingredients grown by local village farmers were an important part of the day. The fireplace with its roasting spit and the large kitchen table demonstrate the homey, welcoming atmosphere that Monet sought to create in the family style kitchen. 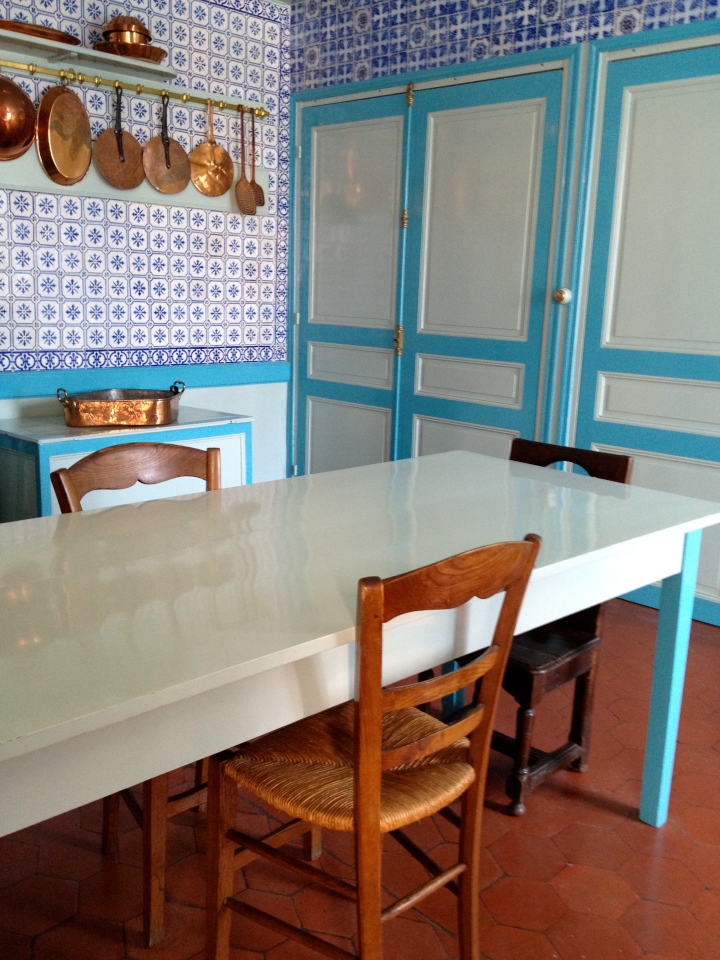 In front of the nasturtiums on the central path. Monet walked down this path three times a day. 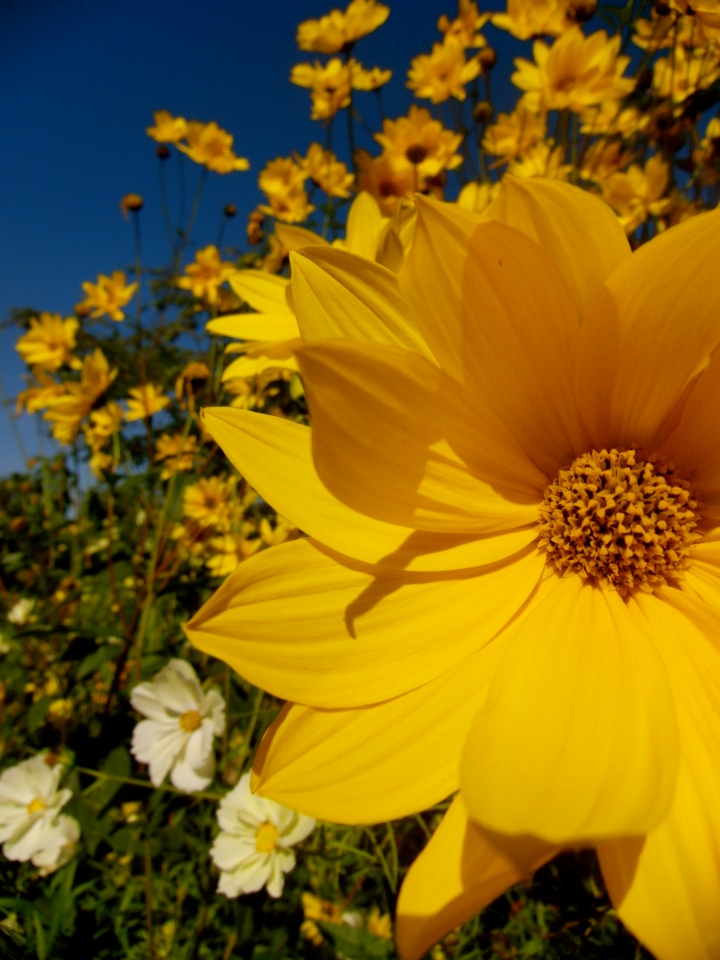 Guests often stayed at Hotel Baudy down the cobbled stoned road, which held costume balls, musical performances, and tennis rounds. Most guests traveled to Giverny to visit Monet himself, but when the painter was on the road, maintenance of his beloved flower gardens did not cease. His daughter, Blanche, was in charge of the greenhouses and gardeners, and Monet often wrote to her with detailed instructions. Blanche’s father sent tigridias (tiger flowers), wallflowers, and passion flowers from Rouen, and the two head gardeners worked diligently year-round to sustain, nurture, and plant. Felix Breuil and Lebret devoted themselves to the lustrous gardens, and along with their five assistants, they upheld Clos Normand’s beauty throughout the years. It is thanks to their hard work and Monet’s everlasting devotion that the gardens evoke a feeling of time standing still.

Photos from our lunch on Hotel Baudy’s charming patio can be found in my next post on Giverny. 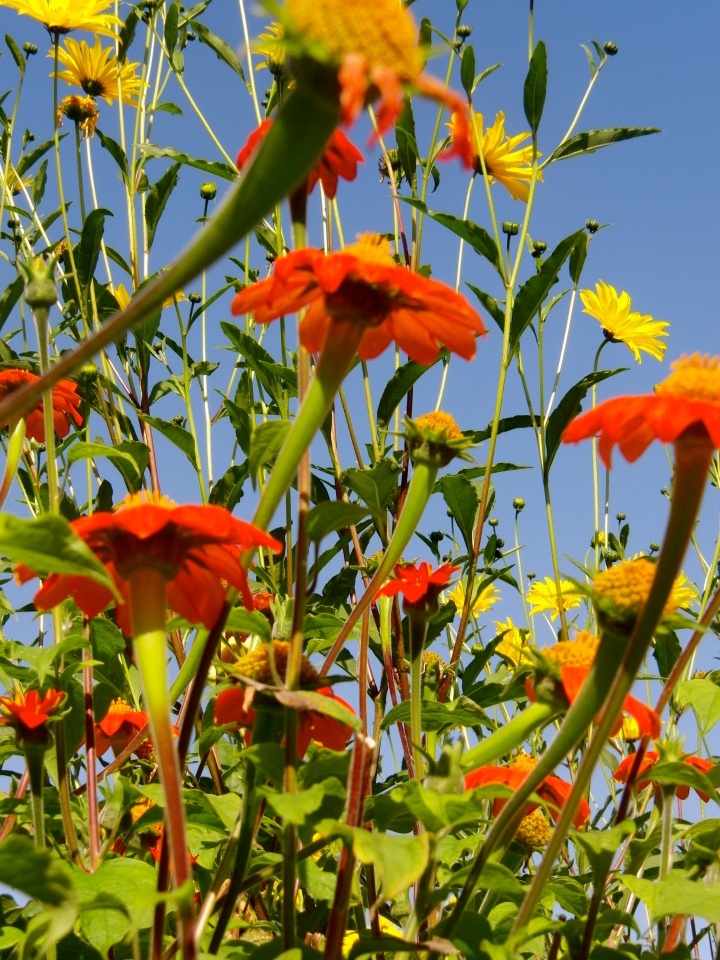 Monet and his team of gardeners skillfully grouped native species and wildflowers so that their combined effect was all the more special. His favorites included cornflowers, sunflowers, poppies, verbascum, campanulas, morning glory, sweet peas, Hydrangea, and of course, roses. Infinite roses. The painter planted to paint, to provide inspiration for himself, and the outcome is a garden that defies description. 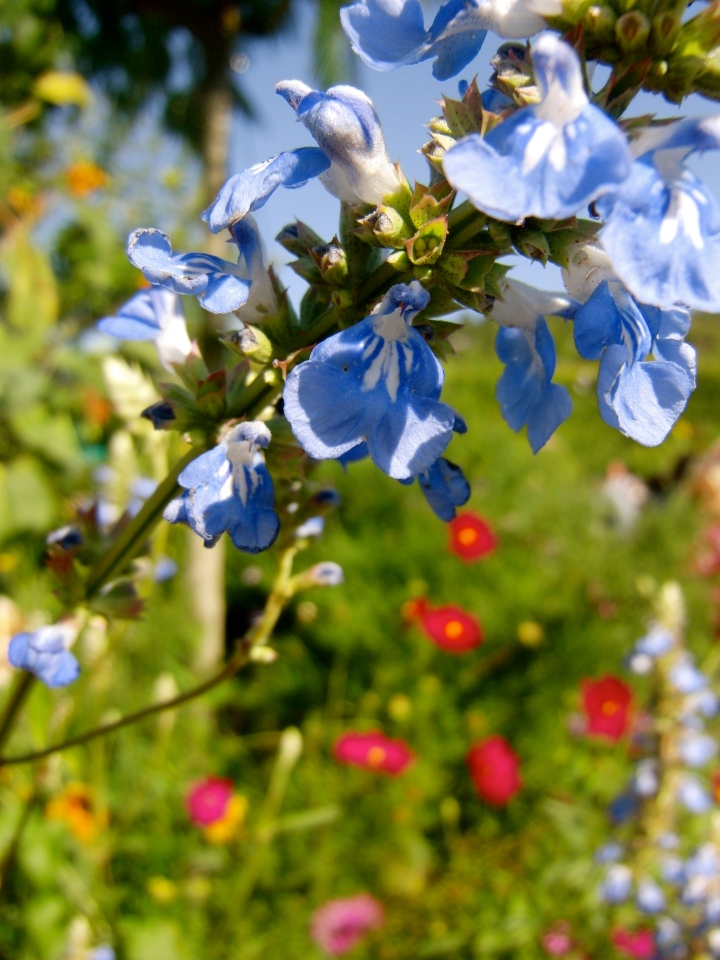 The view from Monet’s bedroom 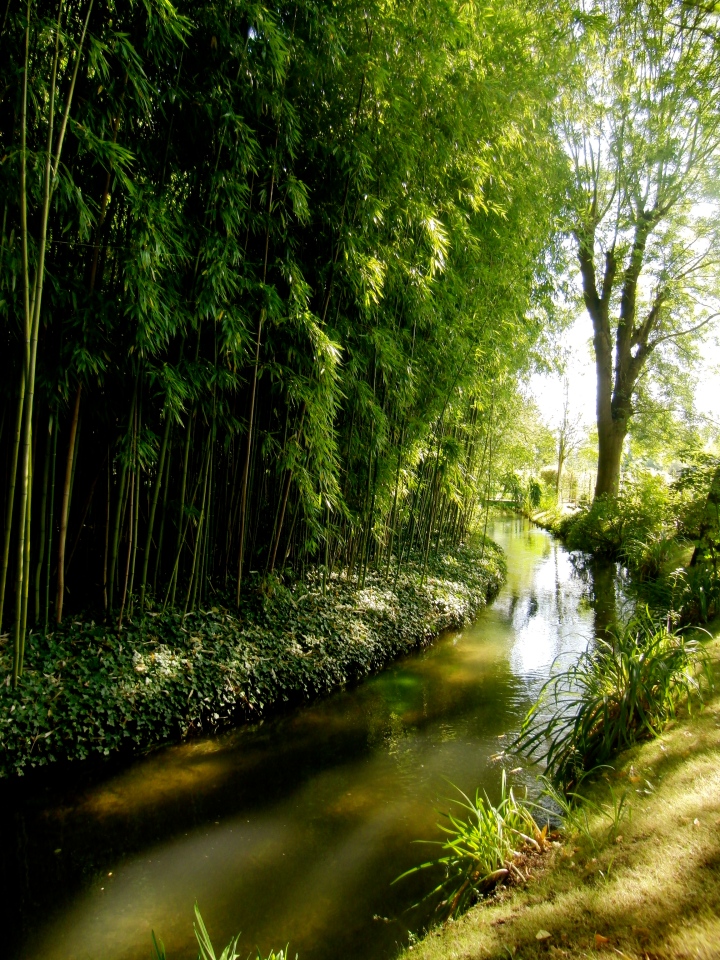 The path behind the water lily pond

Monet carefully controlled the height and proximity of the grasses and trees growing around the pond so that he could paint the reflections in the water. 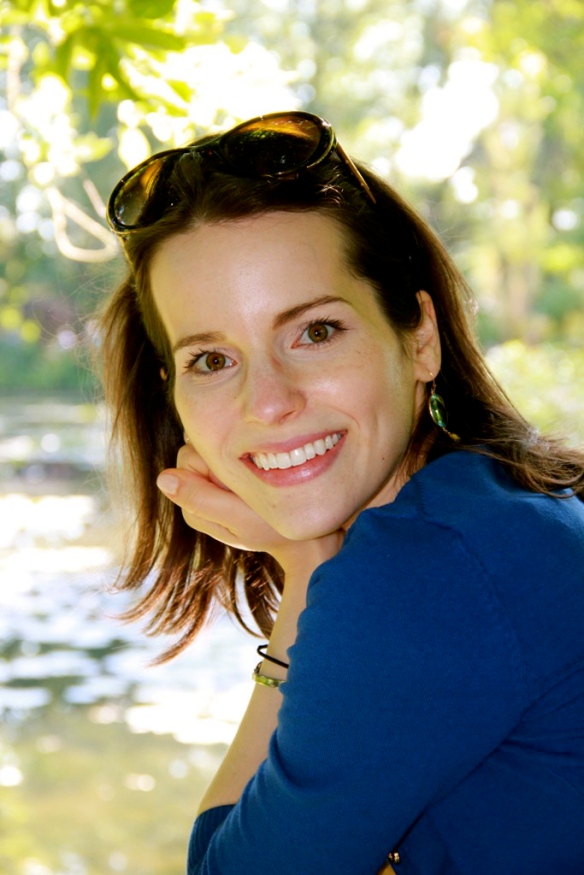 on the Japanese bridge over Monet’s water lilies