Un giro with a Bolognese, pt 1 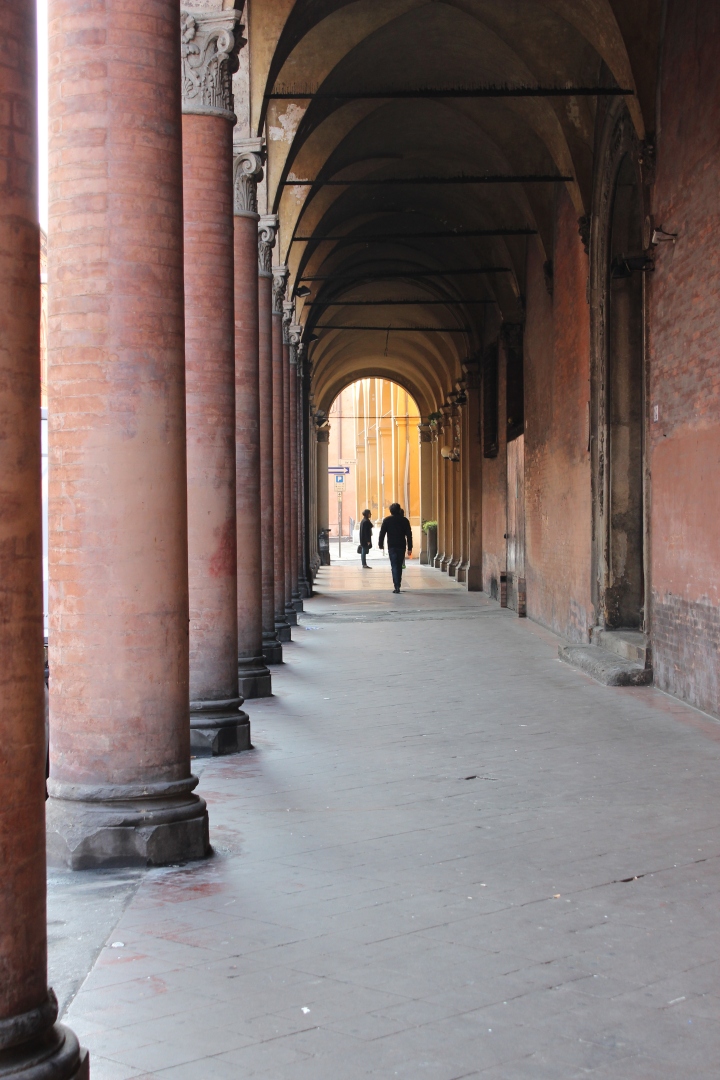 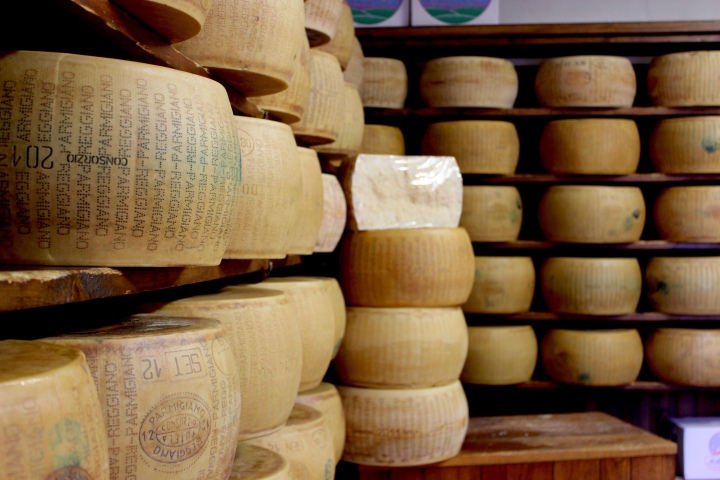 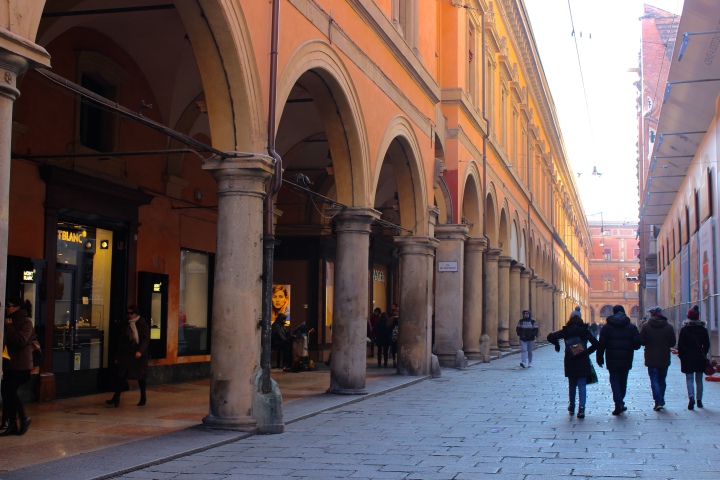 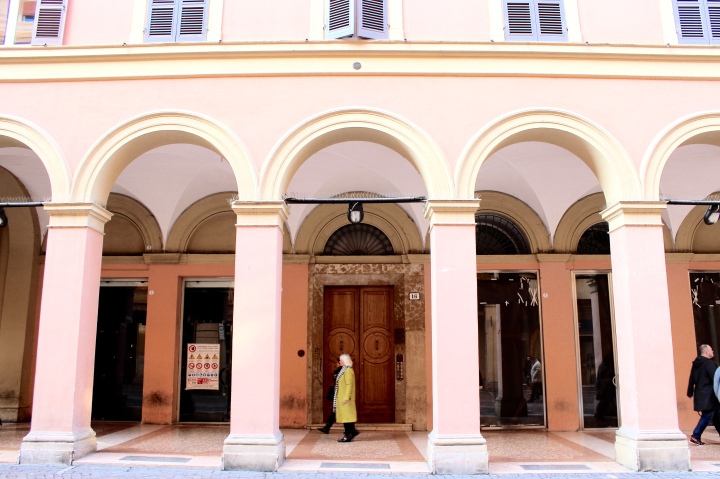 Bologna is a city made for photographers.

Walking through Bologna Centrale, I begin to question if I departed the Frecciarossa in the right city. I am surrounded by brand new escalators, then an expansive and modern space, a sleek corridor, and meticulously labeled tracks and schedules. Am I still in Italy? I swear this is not the same chaotic train station in which I arrived six years ago, when I first visited the infamous porticoes of “La Rossa” in the Emilia Romagna region.

‘Infatti’ as the Italians say, I am in the right station. Bologna is an ancient Etruscan city,  but its people are sophisticated, well-educated, and progressive. In a country with so many historical divides and adversity between regions, it seems that most all Italians have nothing but respect for Bologna and the Bolognesi. I have yet to come across an Italian who decidedly dislikes the city with its 380,000 inhabitants, countless porticoes, and varied nicknames, such as “La Dotta” (The Learned), “La Rossa” (The Red) and “La Grassa” (The Fat). While citizens of some Italian cities, especially in the south, may experience dejection and frustration due to unsteady work and a stagnant economy, the Bolognesi are proud, efficient, and productive people.

Before my descent down Via dell’Independenza, the wide pedestrianized road that leads from the train station to Piazza Maggiore, I follow my nose to an adorable bakery whose scent is one that simply cannot be ignored. The tiny pasticceria, Lo Sfizio di Krizia Vergnani, is overflowing in the most darling sense of the word with homemade cookies, cakes, and breads. Heart shapes reign supreme as it is the day before San Valentino. Krizia shows me all of the choices that are made senza zuccchero, without sugar, and I am amazed at how this city has made such a modern departure from “La Grassa.” I choose a morning cake made with frutti del bosco, berries, which relies only on the fresh fruit for sweetness. After which, I join the masses en route to Piazza Maggiore. Via dell’Independenza is a parade of Bolognesi, as if everyone has suddenly been released from a busy workweek. I feel as if perhaps I have walked onto the set of a vivacious Broadway production at a moment when the whole cast is on stage.

In the elegant Galleria Cavour, where the Bolognesi select their Chopard watches, Cucinelli sweaters, and Bottega leather goods, I shamelessly approach a chic older couple having a café and a cigarette below the arches. ‘Where is the most chic neighborhood?’ I ask. The adorably elegant older gentleman, in a blue knee-length wool coat and cap, gestures to follow him. He speaks only but a few words of English, so I do my best to understand his directions. After a moment, he simply says ‘Come, I’ll show you.’ Thus began a beautiful Bolognese friendship.

Luca and I set off at a leisurely pace, leaving his wife in the cafe where she doubtless began to wonder when and if her husband might return. We pass through the expansive Piazza Maggiore, where a large crowd has formed around a group of artists playing latin dance music. We glide down cobble-stoned streets past fashionable stores and pasticcerie. The streets are streaming with Bolognesi; it is mid-morning and everyone is out and about. The cafes are full and there are shopping bags in-hand. We walk towards the Mercato Antiquario, the antique market, which takes place on the second weekend of every month in front of St. Stephens Basilica. Antique vendors set up their goods on the uneven stones of the square, and the Bolognesi survey art, rugs, porcelain, jewelry, and vintage housewares under the Saturday sun.

I ask Luca how he would describe the Bolognesi. He tells me they are incredibly social people, outgoing, vibrant, and lively. Evidence surrounds us in the amount of people in the streets from sunrise to sunset. He also tells me that they are very curious; they like to travel to unusual places, places very different from their quotidian. Apparently the Maldives is a popular destination, and so we also conclude that they have good travel taste.

Higher education is ingrained in the city, as it is here that the first university was founded in 1088. The Bolognesi and the students live side by side with mutual appreciation; while the ‘gioventu’ run the zone around the university, they take full advantage of the numerous historical sights and cultural activities going on throughout the year. Luca guides me towards a peach colored building a few minutes walk from Piazza Maggiore. The immediate neighborhood is quiet, and I can hear the sound of a mother and her son saying goodbye to their bread baker at the end of the street. The boy laughs brightly and holds a piece of ‘torta di mele’ to his mouth. The buildings here remind me of those you might see on the Venetian island of Burano: they are a rainbow of orange, yellow, and red. Bologna knows only the warm colors of the color-wheel.

On one side of this peach-colored building is a beautiful dark wood door. I would have walked straight past, perhaps admiring its beauty but certainly not attempting to open it. Luca pushes the grand exterior door gently, as if Sleeping Beauty is on the other side. Inside is a small, enchanting courtyard and a grassy area; a miniature Spanish haven hidden just beyond the heart of the Northern Italian city. Noon sun streams in from above, ever so lightly illuminating the Collegio di Spagna which has housed Spanish students since the 14th century.

Luca points out the metal rope that stretches along the edge of the courtyard, separating the stone from the grassy area. One piece of the metal is broken, as if snapped with scissors. Luca explains that, during a period of volatility, the King of Spain cut the rope, demonstrating his intention to spread the Spanish territory beyond the existing limits. We are in fact on Spanish territory, standing within the walls of the Collegio, the oldest Spanish university in the world. It remains as an extremely prestigious program, and only a select number of students gain acceptance to the same school that the King of Spain attended.

We continue our walk underneath the porticoes, my head tilting ever so slightly closer to Luca’s in an effort to catch each Italian word and to quickly make sense of it in my head. Once in a while we slow down to get to the heart of a sentence. He uses his hands and his facial expressions to underline each meaning and the significance of what he is saying, and with this slow, methodic conversational technique, I am able to follow. Left and right, he points out architectural details and buildings of sensational history. It never ceases to amaze me how the Italians know so much about their city- no matter what their occupation is, they are able to suddenly morph into the most excellent of tour guides. I couldn’t tell you the first thing about the history of this and that building in Manhattan.

Part 2 will include our Downton-Abbey-esque lunch in a private gentleman’s club, where only women can be invited to dine beneath grand chandeliers. In this bygone era atmosphere, I am surrounded by white tablecloths, silver serving bowls, and my first and best passetelli in brodo. A dopo… 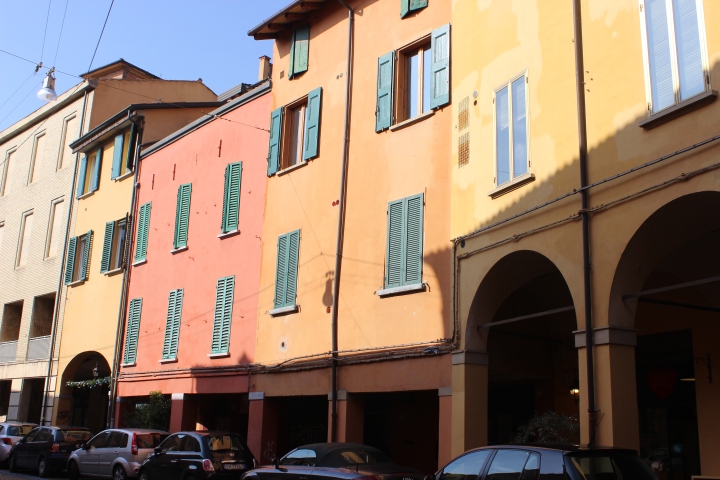 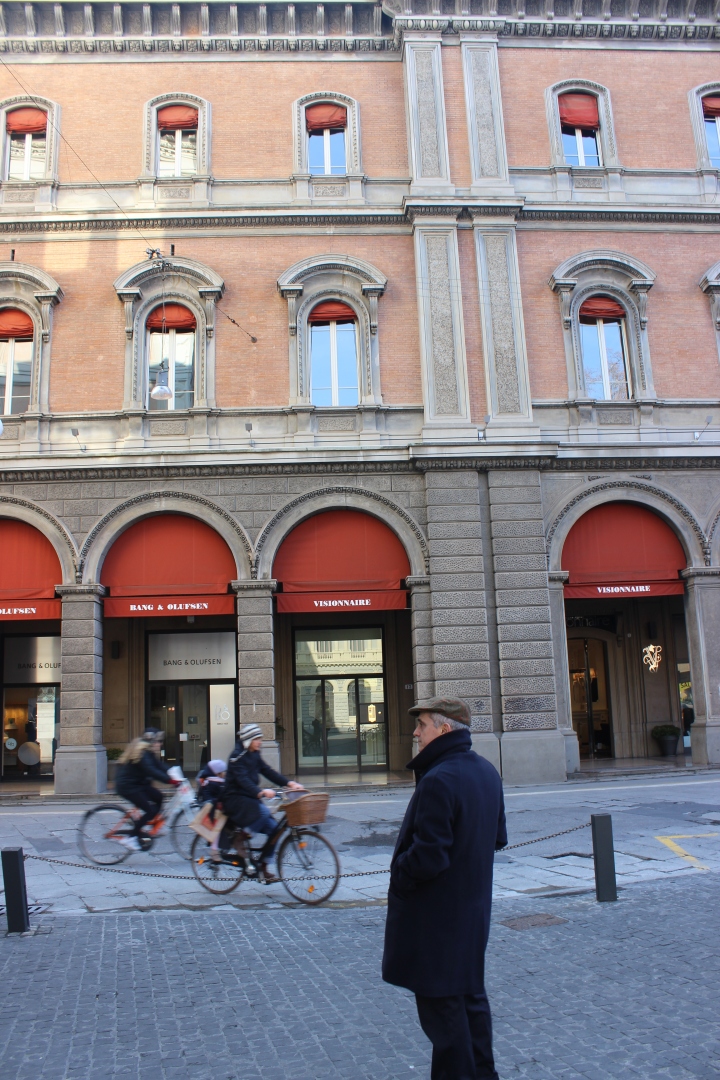 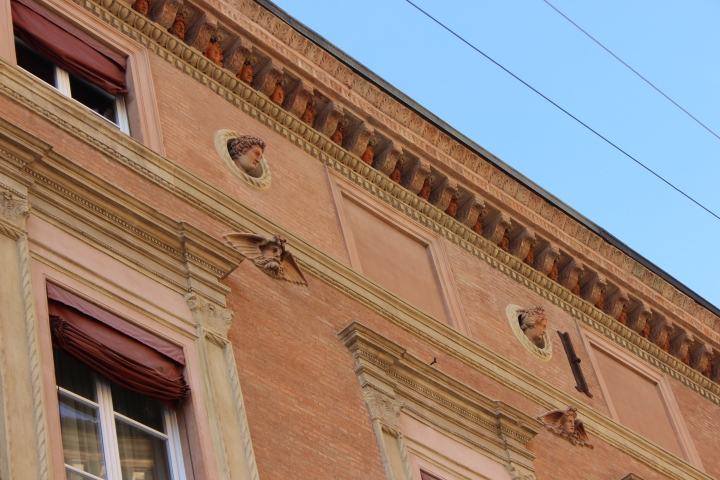 Luca directs my attention to the heads looking out over St. Stephens Basilica above the antique market

The enormous doors to the courtyard of the Collegio di Spagna 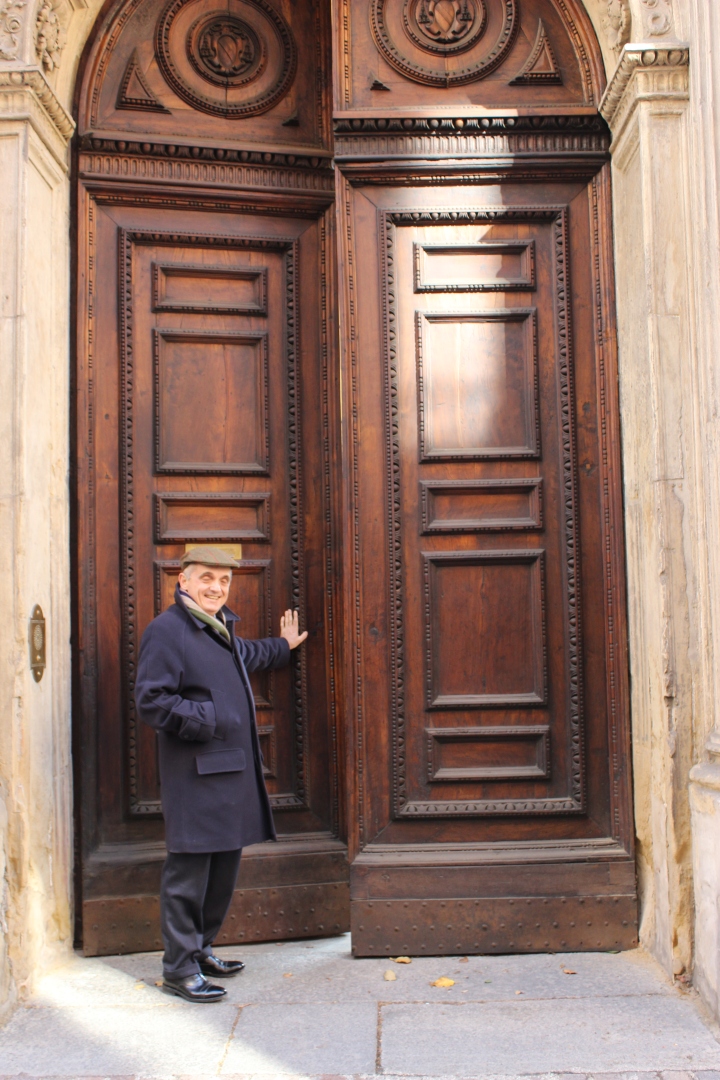 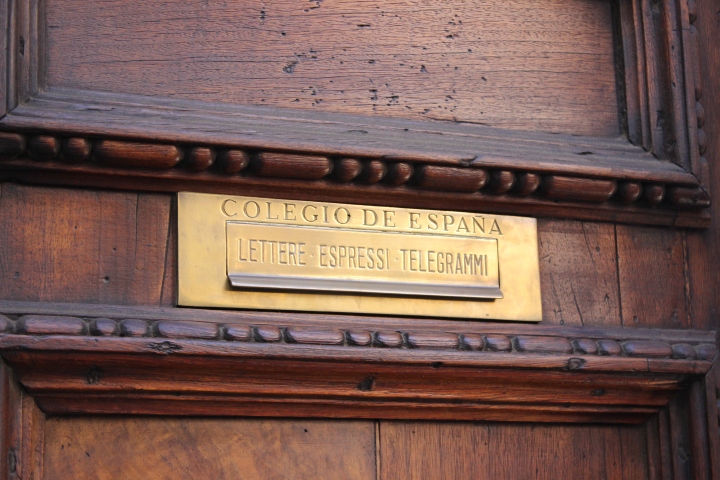 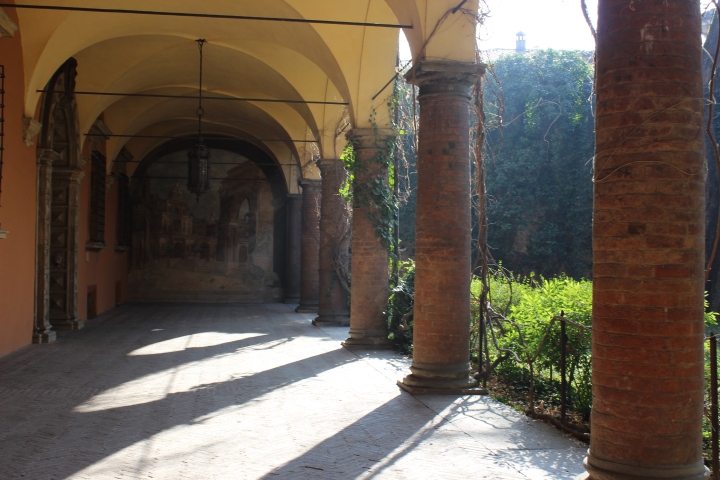 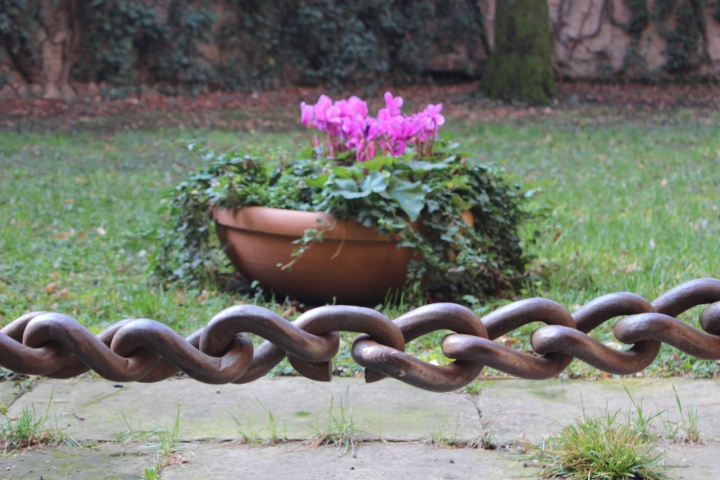 A piece of history at the Collegio de Spagna: this rope was cut in an effort to expand Spain’s territory past these stones