Malibu has Giada, the Hamptons has Ina, the south has Paula, and Paris has Noemie: an exceptionally talented chef who has opened her doors (and ovens) to posh Parisians and traveling amateur chefs. After graduating from Lenotre, one of the most prestigious culinary schools in the world, Noemie opened her own kitchen on Rue Nollet in the posh 17th arrondissement. Les Secrets Gourmands de Noemie is a Parisian secret soon to be discovered. During a recent culinary vacation in Paris, I was lucky enough to spend four delectable afternoons with the 17th’s best chef. I cannot say enough wonderful things about her and about my experiences in her kitchen. Noemie is an absolute doll to learn from, to cook with, and to dine alongside. She is a burst of energy and lights up the kitchen with an unyielding smile. She excels in both savory and pastry but is blessed with humility and a humbleness rarely found amongst the most elite culinary chefs in the gourmet arena. 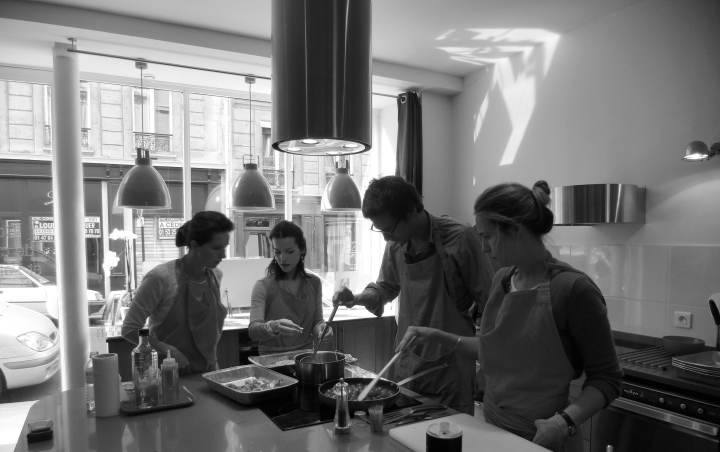 Noemie spent months designing the kitchen and the layout of the space, and her thoughtful design does not go unnoticed. Her bright, cheerful cooking school on Rue Nollet is both an amateur and professional chef’s dream kitchen, with top of the line professional appliances, equipment, and beautiful dishware. An instant dishwasher and an instant fridge (it chills dishes in less than a fraction of the time needed for a souffle to rise) never ceased to impress me. 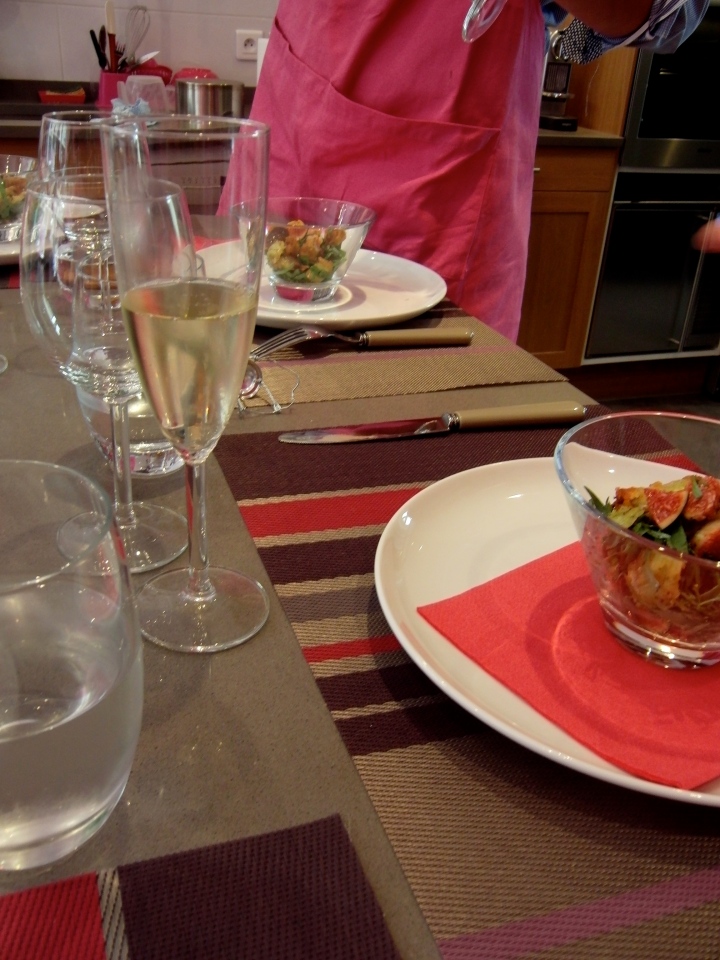 I recommend Noemie’s classes to everyone who goes to Paris and wants to eat well (and really, isn’t that the whole point of going to Paris?!) Langoustine and mint ravioli with a langoustine sauce, brandied Normandy chicken served with sauteed apples, pistachio creme brulee, fig sabayon topped with raspberries and almond slivers… these are a few of my favorite things at Noemie’s. Photos, recipes, and tales of my adventures in her kitchen are on their way. 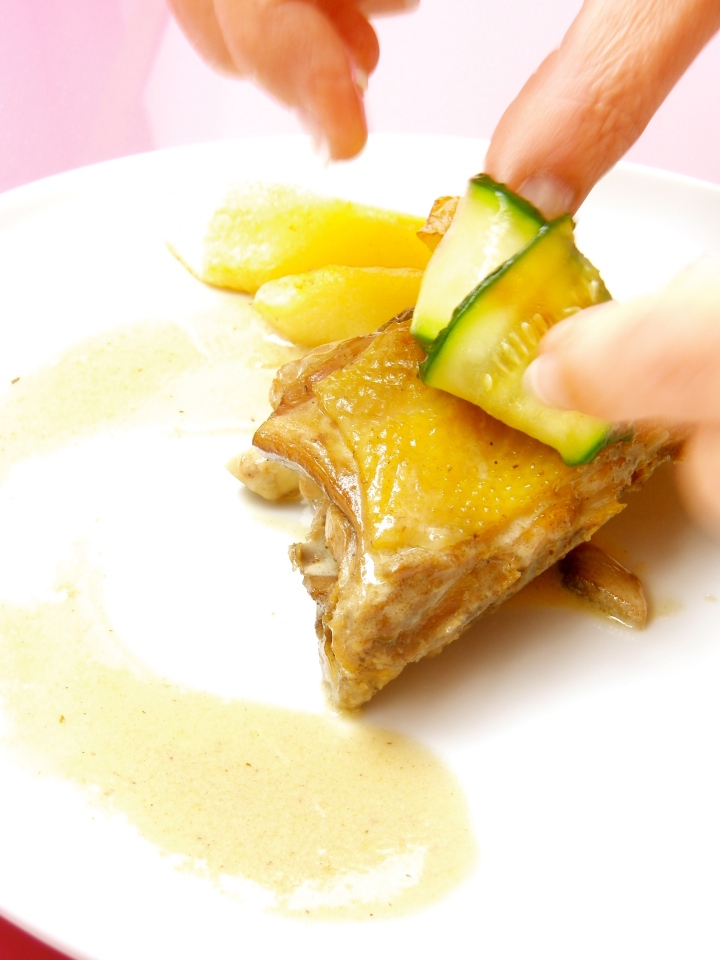 Chocolate Lava Cake with fig sauce and fresh raspberries, one of our final desserts at Noemie’s cooking class on Rue Nollet

I told Noemie that if she ever needed a sous chef, or even an au pair for her adorable five-year old twins, I would move to Paris in a heartbeat, if only to work with her and experience not only her cooking, her technique, and her food styling, but also to catch a bit of her joie de vivre, her zest for life. Noemie clearly takes pleasure in sharing her passion with others who are just as ‘mad about food’ as this Parisian gal is, and it is now my duty to share these wonderful experiences with you.