Summer in the City (Weekends in the country)

This summer has been more akin to early September, and I am so enjoying the light breeze, the resilient sun, and the humidity-free weather. Weekdays feel quiet in Manhattan, with the exception of lower 7th avenue on Thursday and Friday afternoons, which is a perfectly locked stretch of impatient drivers eager to escape the city for greener pastures and cleaner waters. It is no wonder that dinner reservations are easier to come by.

Mornings at the Union Square Green Market are relaxing and sweet; first came the berries, then the apricots, and now the tables burst with heirloom tomatoes and deep purple plums and eggplants. Each week is a variation on a theme, a theme which I will never fall out of love with.

Evenings are long, and along with our jackets, we have long since shed the anxiousness to get home. Dinners at favorite neighborhood restaurants are drawn out, followed by cobblestone saunters in step with dusk. Aimless walks take on a different perspective on summer nights; I constantly notice something new or different. Federal-style townhomes and hidden gardens evoke a changed character in the warm summer light.

Below is a catch-all photo diary of the past few weeks, out and about in the West Village and its environs, as well as a few from recent weekends in Connecticut. The story connecting the photos is nothing more than summer contentedness; a feeling that can only be experienced via the simplest pleasures of this season. I suppose it goes to show that we want for little and we do not need much to wake up with a smile: the arrival of heirloom tomatoes and the smell of salty sea air is often ample.

Bar Room at the Modern

Just one of the freshest, most colorful lentil salads ever, with yummy beet hummus, from Bluestone Lane on Greenwich Ave; the new ever-popular Australian cafe in the village.

Every girl needs a port in the storm; mine is Buvette on Grove Street.

July evening on the patio at Maison Premiere, a gem of an oyster restaurant in Williamsburg. The fish is fantastically fresh.

Crab toast at the bar at ABC Kitchen.

The Bar Room at the Modern.

Chocolate and coffee dome at the Bar Room at the Modern. The black bass with fennel and the crispy chicken were both divine. 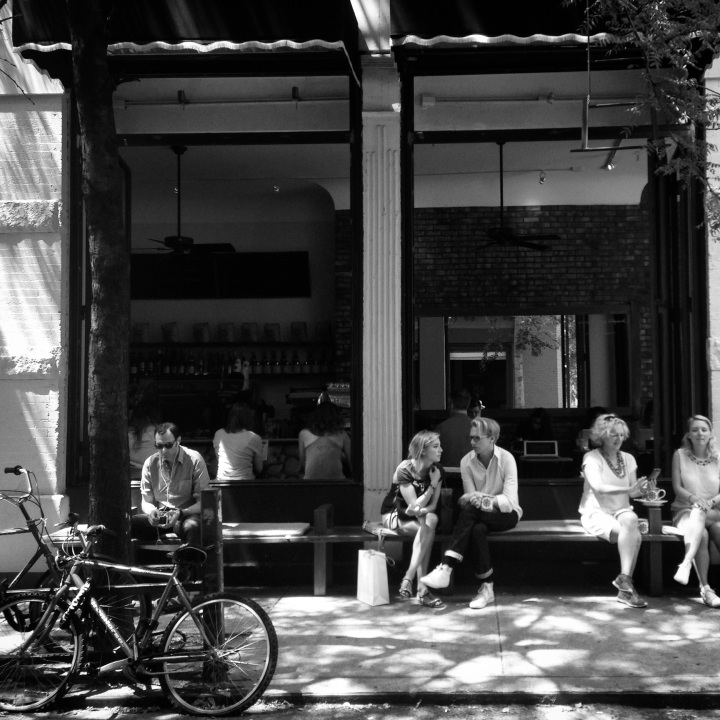 Noon scenes at Why Not Coffee on Christopher Street.

Preparing for service at Navy on Sullivan Street.

The menu at Navy is ever-changing (literally every day), but on this July evening, the crudo was Le Tigre.

One of the freshest and lightest steak entrees in all of downtown at Navy: summer greens and peaches tossed over perfectly cooked steak.

It’s not easy to find a quiet spot in Manhattan. Thus my fondness for Jefferson Market Garden. 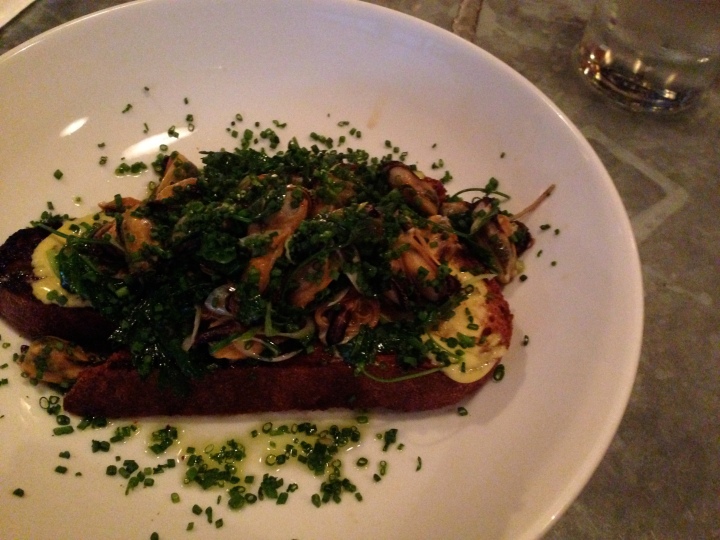 One of my favorite dishes of the summer: mussel toast at Navy on Sullivan Street.

VSF West Village: one of my happy places in the neighborhood.

Where is the land that grows figs all year round? Organic fruit and walnuts over greek yogurt. 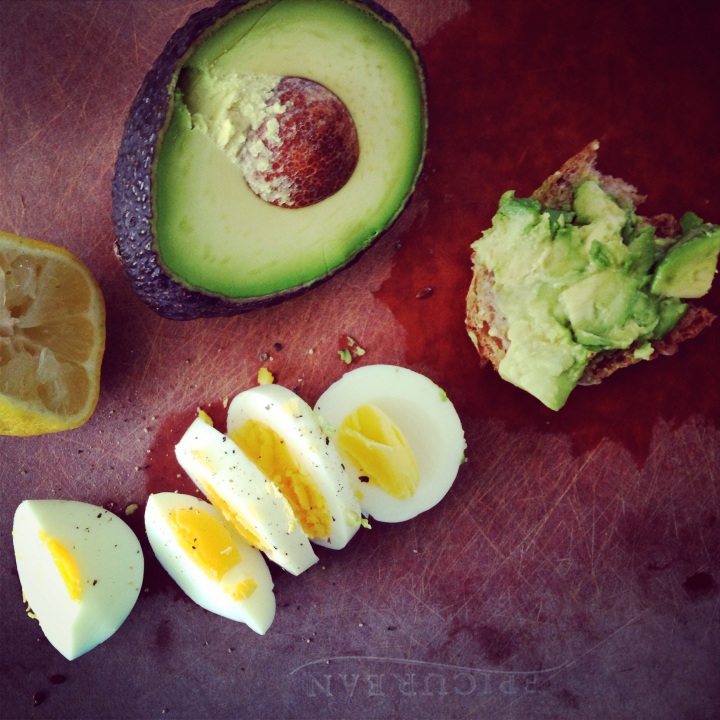 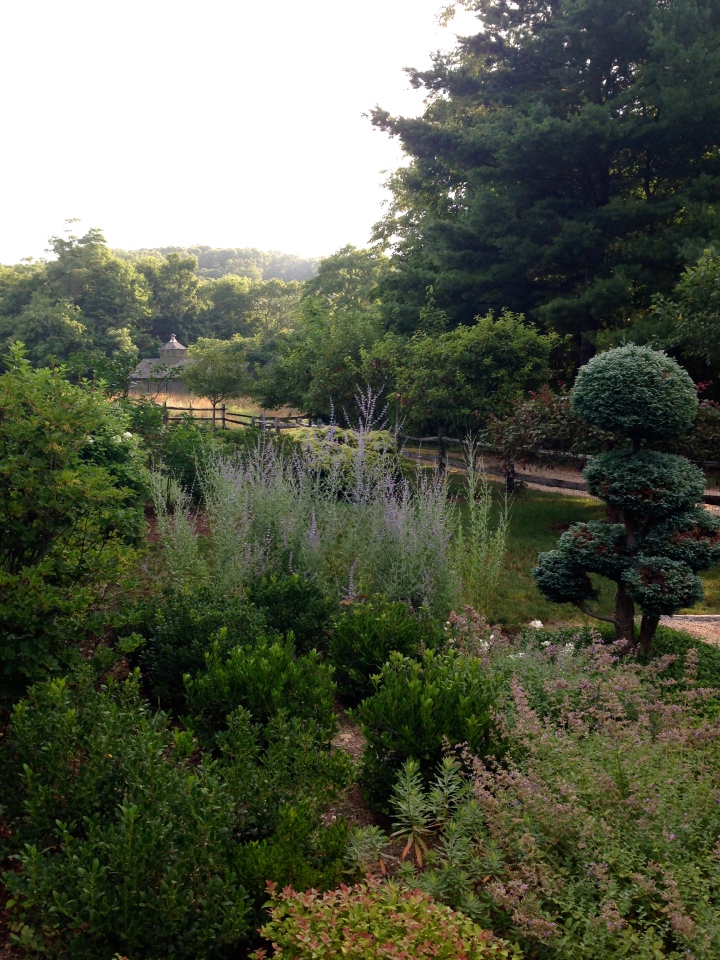 The sun was trying to come out. 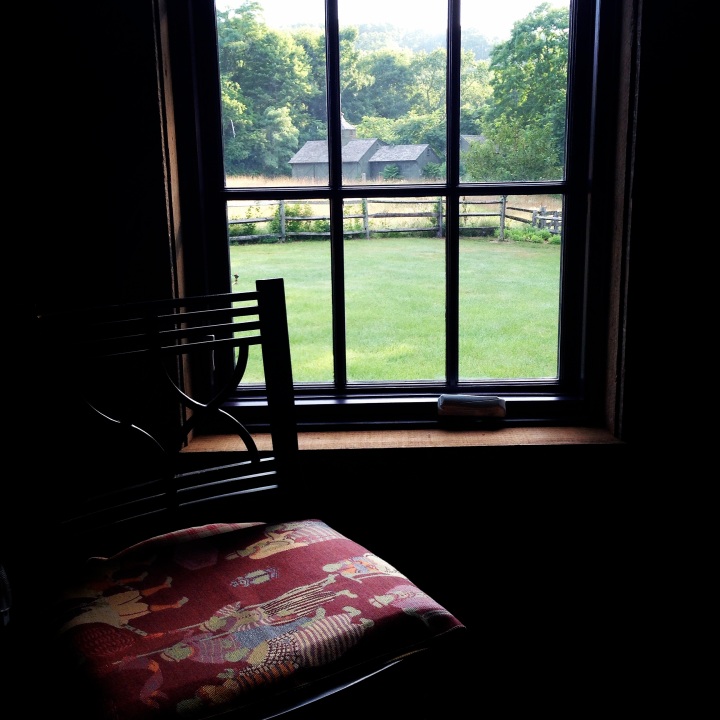 I had a craving for something sweet: this mini crumble couldn’t be simpler. I mixed peaches with lemon juice and cinnamon, then poured on oats, ground flax, cinnamon, and a pinch of quinoa flour. I baked for about 40 minutes, et voila.

The first morning that the peaches were finally sweet: Sunday oats with local fruit. 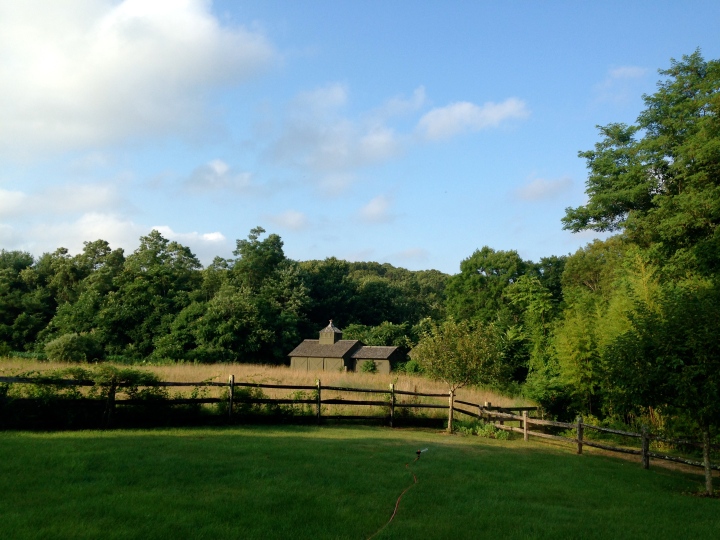 A vista that never gets old.

The sun is already shifting in the evenings; I can feel September in the distance.

Who is that doggy in the doorway?

Everybody likes a window seat. 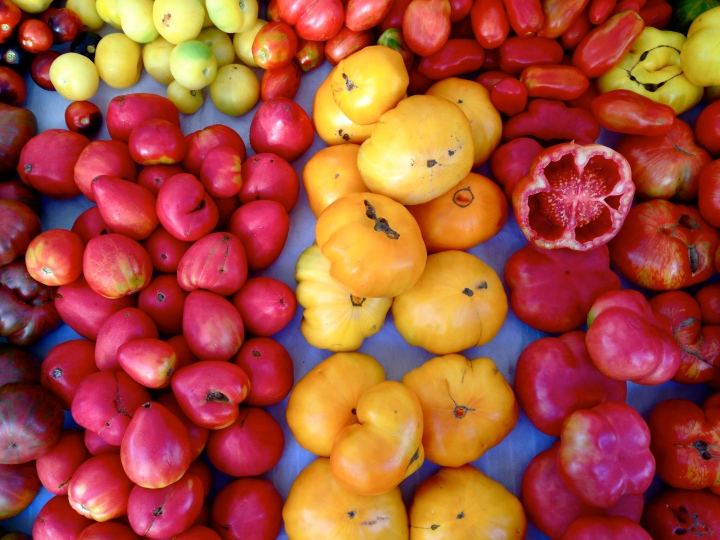 A colorful morning at Bondhitree at Union Square Greenmarket. 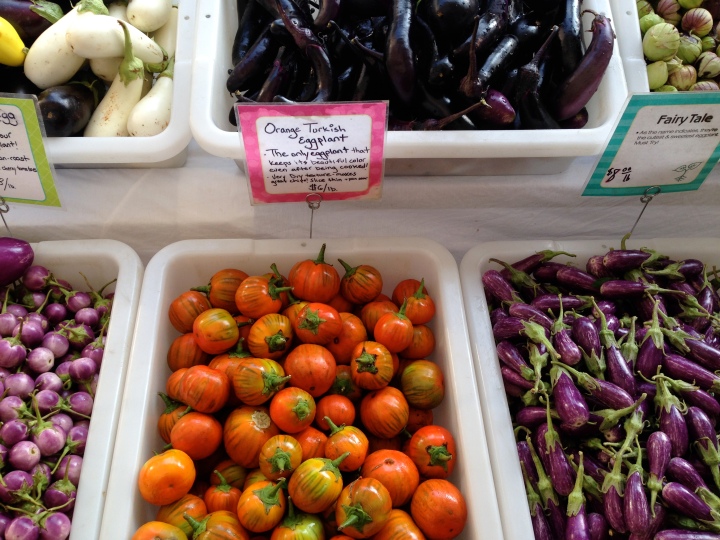 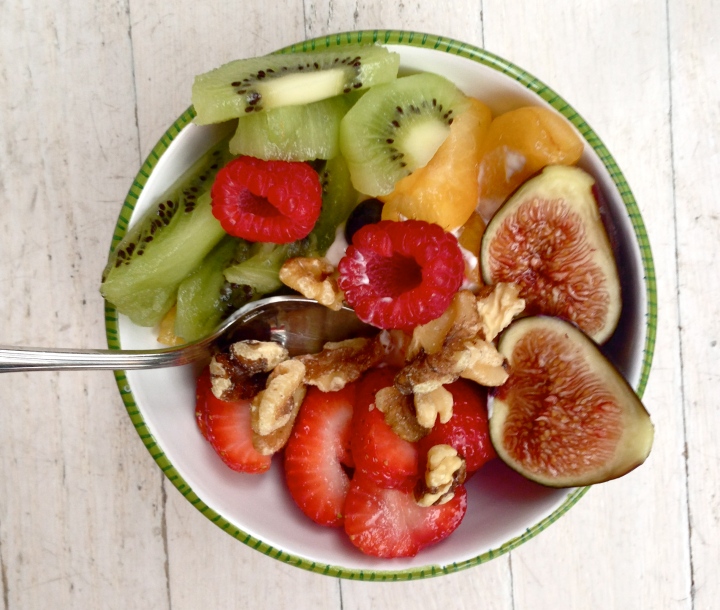 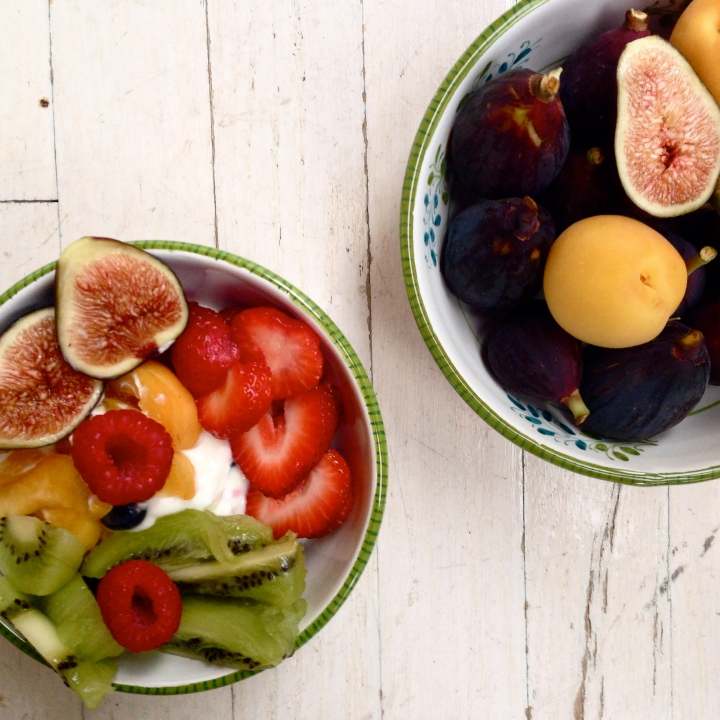 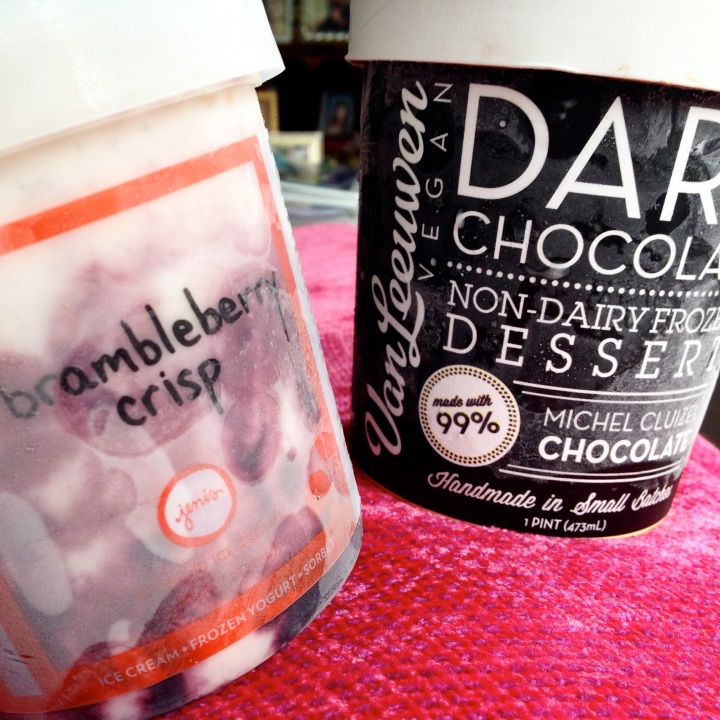 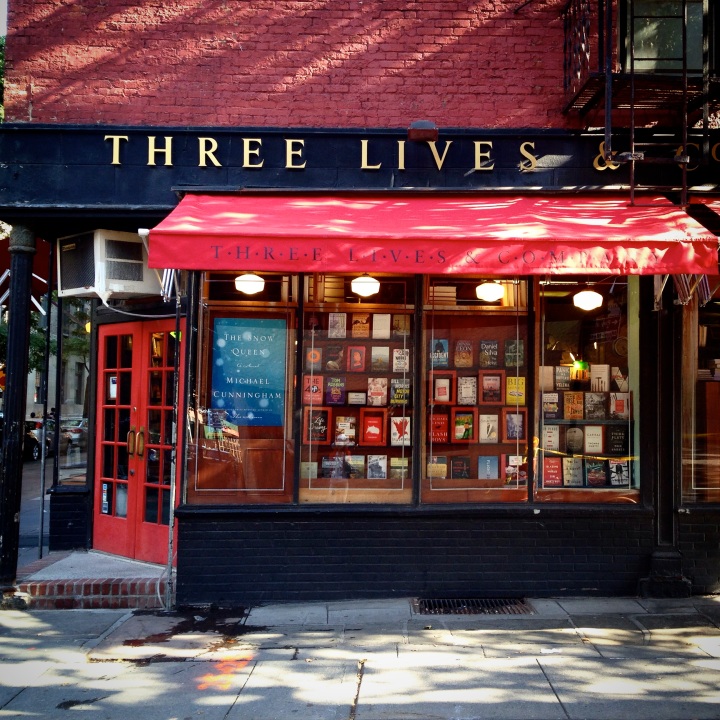 My favorite corner in all the land. 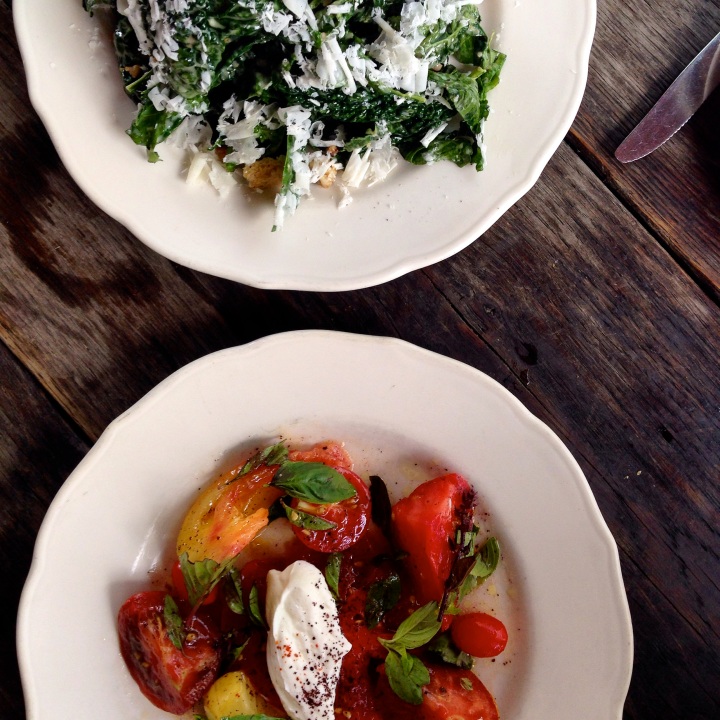 Couldn’t have asked for a more perfect day for a late outdoor lunch at Il Buco, complete with their famous kale salad and the sweetest plate of local tomatoes. 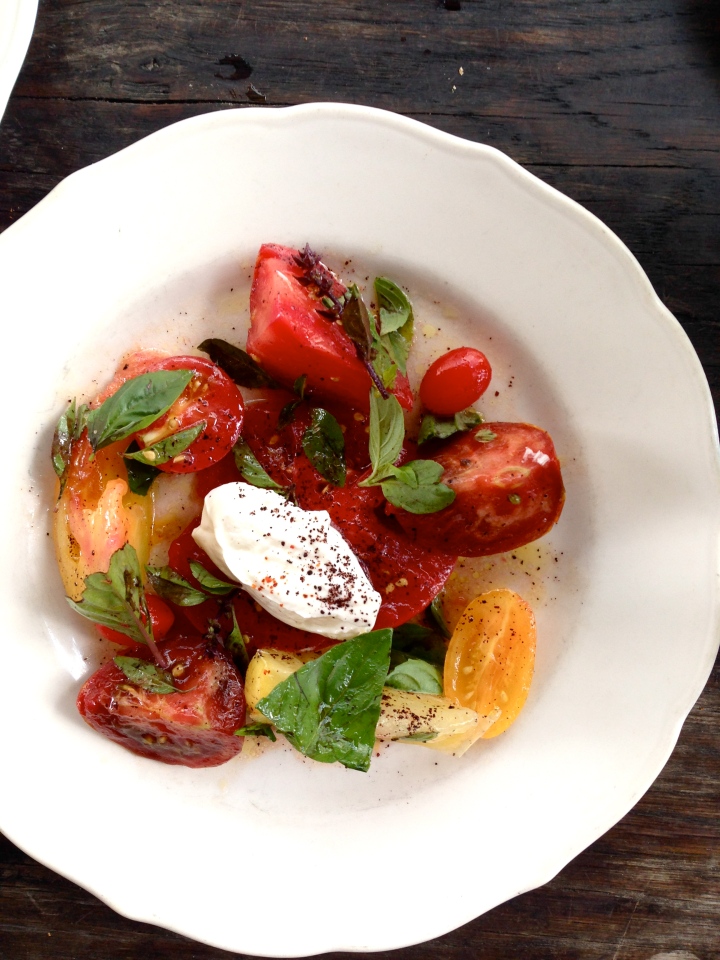 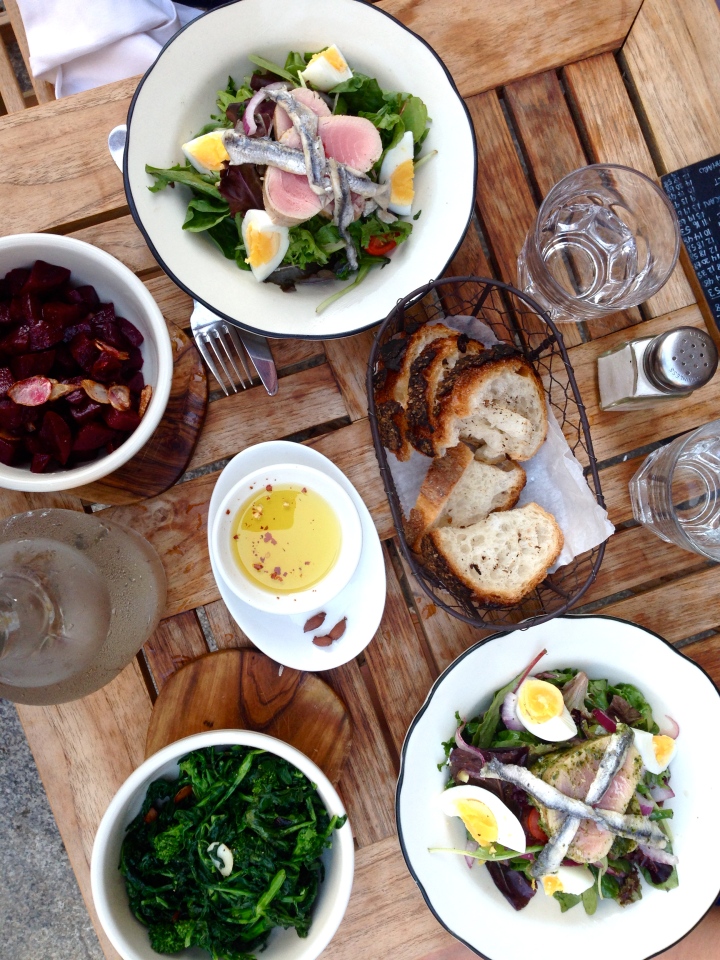 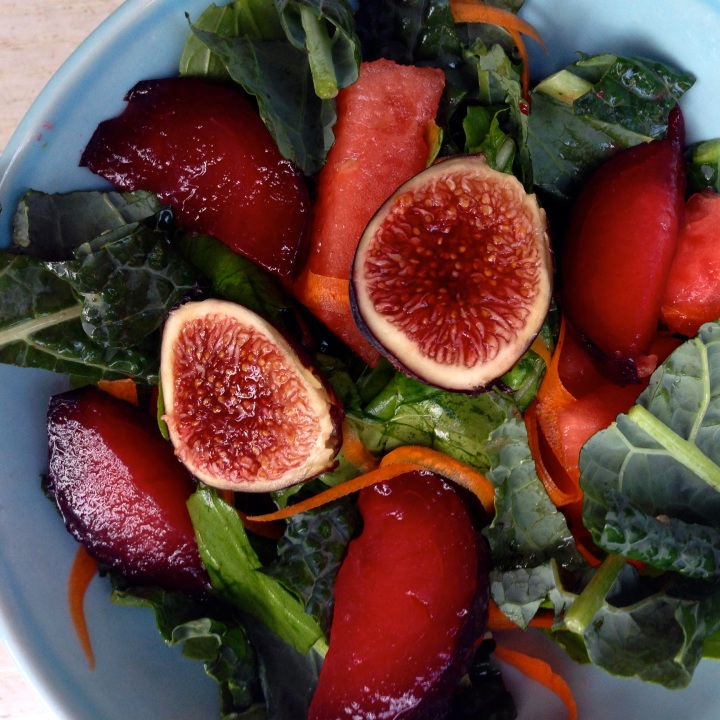 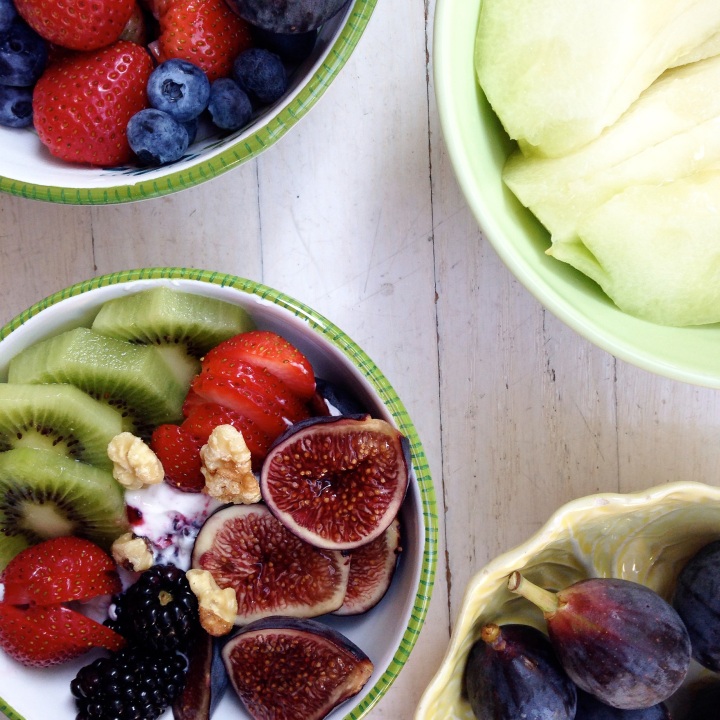 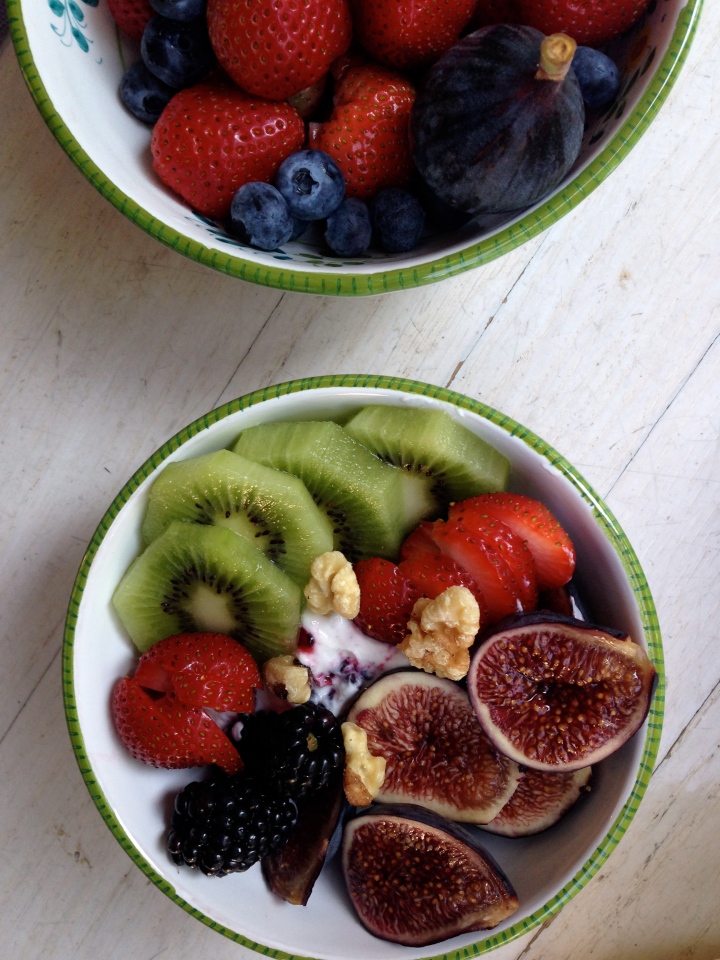 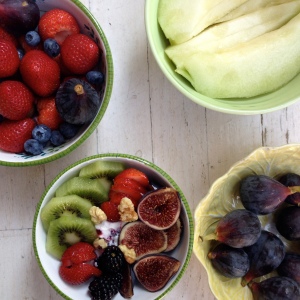