We’ve all had that feeling when we wake up and ask ourselves ‘Where am I?’ Whether you have just returned from a long trip or simply an overnight, it takes you a moment to register your location.  To James, Product Director at Salvatore Ferragamo, that moment of uncertainty is all too familiar. Last week was Paris, the week before New York, Naples was squeezed in somewhere, and the week before was China, where the Ferragamo’s have 48 stores. I take advantage of a fleeting moment on common ground (at home in Florence) to catch up on worldly things (like restaurants and hotels).

How does your style change from Florence to Milan to New York to Shanghai, etc?

Well, it doesn’t really. I dress the same no matter where I am, plus or minus a hat and scarf. I go from Ferragamo to sportswear. Even if I am in a more casual setting, Ferragamo has it covered. Although I do wear Hoka shoes. They’re made in Australia. I do triathalons; and I like the Hoka’s for sport. 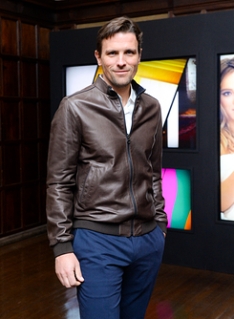 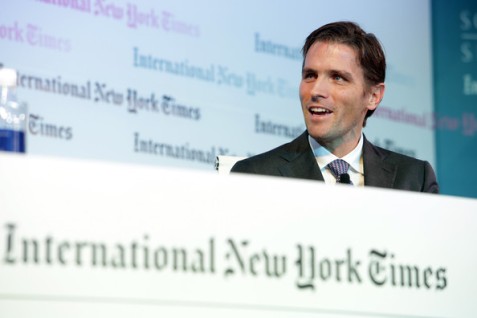 What made you choose Ferragamo fashion as opposed to Ferragamo hospitality?

I always wanted to do fashion. When I was young I used to work on the production line; I liked product. I enjoyed the interaction with the people involved with the process, and that’s really what makes it fun. When the Lungarno Collection started (the Ferragamo hotel group), I was already on the retail path. I had already been working in the store at Beverly Hills, and in the summers I would work at the New York store. Then I was living in New York and working in the buying department at Saks; I was very much submerged in the retail and product world. It’s what has always captured me.

Your go-to for business lunches:

In Florence I have two that I go to habitually: Gargani in Via del Moro and La Giostra. Gargani is an amazing place; it’s the original space with great food and a great ambience. It’s nothing too fancy but it’s an atmosphere that can’t be replicated. La Giostra; they are great friends, the ambience is fantastic, and I really enjoy their company. In New York… New York is different because restaurants are changing all the time. I like going out on West Broadway; Cipriani downtown is fantastic. I know it’s an old one but I really like Bice in midtown for lunch. It’s great food and quite fast. Of course Nobu in New York is fantastic, it’s an amazing restaurant. Or if I’m in New York with the kids it’s something like Benihana, although that’s not a business lunch.

When I’m in London, I like to go to Annabel’s; I’m a member there. Otherwise I go to San Lorenzo in Beauchamp Place, where I’ve been going since I was very young. I went to school in the U.K. and I would go to San Lorenzo on the weekends. Paris is another city that is changing all the time. I prefer the little bistros to the more ‘name’ restaurants. I get recommendations from friends and colleagues and we try something different every time.

Going east: if I’m in China I have to have peking duck wherever they have the best peking duck. In Shanghai, there are amazing places on The Bund. Beijing has amazing markets that sell unique finds from the country. To me, Beijing is a fascinating place; it still has so much of the original culture and there is so much history to take in. In Tokyo, I love the Nobu restaurant. You can’t go wrong. And the fish markets are an incredible experience. You have to wake up early and go down to watch the unloading of the tuna and the bidding. The fish arrive frozen, and they lay them all out on the ground. Because they are frozen, there is this great wave of mist. You have to have a license to be part of the bid, and they stand in line with numbers for the fish auction. It is really something worth seeing. I think they actually have a limit on the number of tourists who are allowed to view to the tuna auction; to keep it organized. In Singapore, I go to the Raffles, an institution from the old English colony.

Back in Italy, in Milan, I go to Sant Ambroeus for a fantastic breakfast and amazing coffee. Paper Moon on Via Bagutta is very good for lunch. 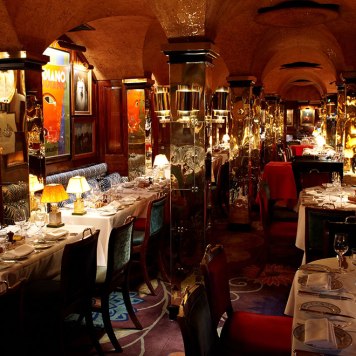 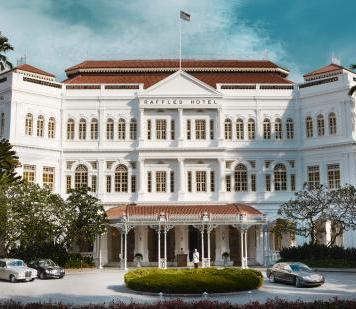 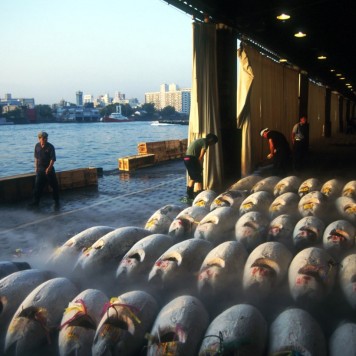 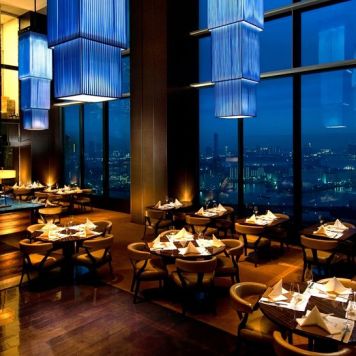 Are there pots of pappa al pomodoro simmering in your kitchen in Florence?

I’m very simple in terms of food. I like what I can see. I like to be able to tell you what’s on my plate from looking at it. That being said, we’re not a strictly Florentine kitchen at home. I like to mix in a few international ingredients. I like curcuma, and I eat a lot of quinoa. I actually don’t eat any pasta. Breakfast is simple: boiled eggs and fruit. I suppose that’s very different from the Florentine breakfast, which is a brioche or budino di riso.

Do you miss the conveniences of international gourmet stores in the big cities?

Yes. I do a lot of internet shopping. I get a lot of things delivered to my house; but not fresh food. Just things like quinoa. We don’t have a big gourmet health food store here in Florence.

Something I really don’t understand about gyms here is that some of them don’t open until 7 or 8. How is that possible? Luckily in Tuscany I can do a lot of my exercise outside or otherwise I do TRX at home. I do triathalons, so every day is something different. But I start at 5:30am. I don’t think there’s a gym in Italy that opens at 5:30.

Back on the plane. Where are you checking in?

In New York, I like to stay at The London. They have an amazing breakfast by Gordon Ramsay, and the park is right there so I go running in the morning. In Milan I like the Four Seasons, and in Hong Kong the Four Seasons or the Ritz Carlton. In Tokyo, I prefer The Conrad with its incredible view. It’s 30 floors above ground; very unique. In Kyoto I prefer the very traditional hotels; it’s a place where you can really experience the culture instead of staying in a bigger hotel.

Where do you go for a weekend getaway?

The Maremma is a quiet, relaxing weekend in a more rustic area of Tuscany. The terrain is raw, more wild, less ‘tidy’ than other parts of the region. You can be in-land, surrounded by Etruscan history, or on the Tuscan coast. It’s very special. I think it is one of Italy’s best-kept secrets. 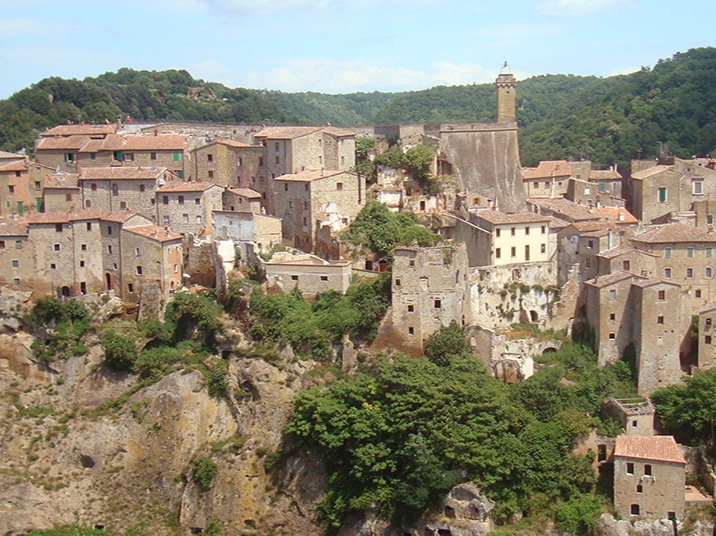 An Etruscan town in Maremma 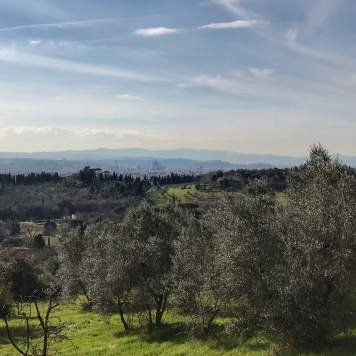 In the hills above Florence 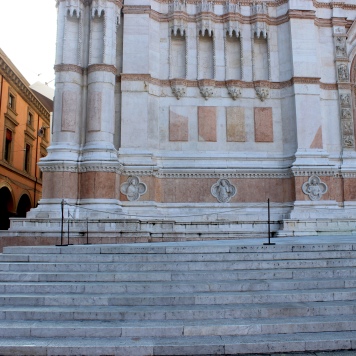 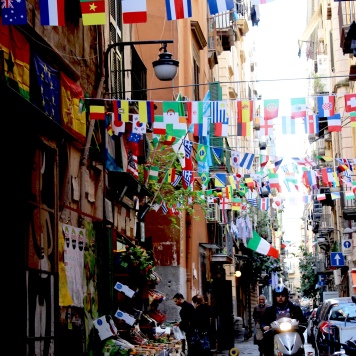 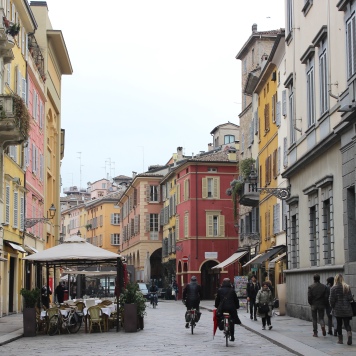 Your favorite region in Italy?

That’s impossible to answer, because each region is so vastly different and each offers so much. You have amazing mountains, great skiing from Cortina to many different places in the Alps, to amazing sea side areas, but it differs so much from the east coast to the west coast. Then the south has it’s own culture, it’s own cuisine. Puglia in the heel has it’s own architecture. Italy, being a peninsula, has been invaded so many times, so you can see the effects of this as well. The south has a huge Arabic influence.

So your favorite region?

I love Naples. I love the people, the food, the vicinity to the islands and the coastal towns in Campania. It’s a very colorful place. As far as under-rated regions go, I think Emilia Romagna is incredible and incredibly under-rated. The people are fantastic- so full of life and so friendly. The food is phenomenal. The countryside is not as beautiful as Tuscany, but it has so many other things to offer. I think that can be said about everywhere in Italy; it is a small country yet so dense in things to offer.